Vigilant security men attached to the Lagos State High Court, Lagos Island, Lagos have apprehended a suspected fake Assistant Sheriff at the High Court and handed him over to the police at the Lion Building Division, Lagos who arraigned the suspect before a Lagos Magistrate Court.

Police alleged that trouble started for the accused, Sodeeq Ademoyin, 34 on 8 August, 2018 when he entered the premises of the Lagos State High Court and was challenged by the security men on duty.

The accused was alleged to have introduced himself to the security men as an Assistant Sheriff attached to the Lagos High Court, Lagos Island.

During preliminary questioning on how he came about the two identity cards bearing Assistant Sheriff, the accused allegedly confessed that he was an impostor.

Following the development, court officials sent a distress call to the police who came to the court to arrest the accused and took him to the station for investigation.

Adewoyin was charged before an Igbosere Magistrate Court on three count charges of assaulting one Sodiq Musa, a security man attached to the Lagos State High Court, forgery and impersonation.

Police counsel, Friday Mameh told the court in charge No B/62/2018 that the accused impersonated as an Assistant Sheriff at the Lagos High Court with the intent to defraud members of the public at the court.

Mameh said the offences, the accused committed were punishable under sections 172, 365 and 78 of the Criminal Laws of Lagos State 2015.

The accused, however, pleaded not guilty to the alleged crime in the open court and Chief Magistrate Folashade Botoku granted him bail in the sum of N50,000 with one surety in like sum.

Botoku ordered that the defendant be kept at the Ikoyi Prison, Lagos till he perfected the bail conditions and adjourned the case till 29 August, 2018 for mention. 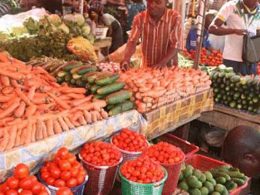 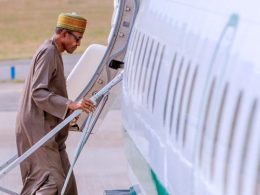 Buhari leaves for Saudi Arabia to participate in investment summit 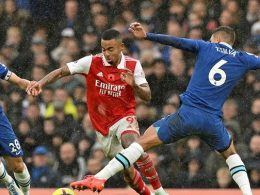 Premier League: Arsenal crush Chelsea to return to the top of the league

Arsenal ended champions Manchester City's short stay at the top of the Premier League with a 1-0 win at Chelsea on Sunday that reinforced their credentials as genuine title challengers.
byTayo Aderinola
2 shares
2
0
0
No comments 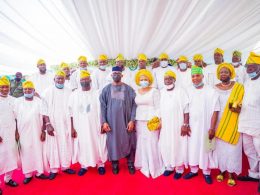 Governor Dapo Abiodun of Ogun State, has called on all the newly 20 LG chairmen to provide good governance at the grassroots level.
byLateef Idris
No comments