The opening match of the third edition of the tourney, played inside the mainbowl of the Dipo Dina Stadium, Ijebu-Ode, saw Malomo Ayodeji Taofeek’s 51st minute strike seperating the two sides

It was Shootibg Stars’ first game after the NNL Super 8 play off in Enugu last month and the coach Edith Agoye led technical crew used the encounter to test some of the newly acquired legs, mixing them with some players retained for the incoming 2021/22 NPFL season.

A keenly contested first half saw the two sides unable to hit the back of the net, as they both struggled to find a breakthrough in the opening half exchanges.

The second half was more lively as the teams upped their game, searching for the curtain raiser.

It was the Ibadan soccer lords that eventually broke the deadlock in the 51st minute through Malomo Ayodeji Taofeeq, who nodded the ball past goalkeeper Dele Aiyenugba, after Raheem Nafiu’s shot was deflected by a Kwara United defender.

Substitute, Wellingnton Ehiabhi almost doubled 3SC’s lead minutes later, but he was unlucky as his effort went over the bar, with goalkeeper Aiyenugba already beating.

The Afonja Warriors made frantic efforts to level up but poor finishing, resilience of 3SC defenceline and goalkeeper Detan Ogundare’s sharp reflexes, ensured the Ibadan soccer lords ran away with the lone goal win.

In the group’s other game, Ijebu-United stunned Gateway FC 2-1, to go joint top with 3SC. Both sides have three points each.

Shooting Stars will face Gateway FC of Abeokuta in their second match of the preliminary round on Wednesday morning (7.30am), while Ijebu-United will slug it out with Kwara United at 9.30 am.

The two games hold at the practice pitch of the Dipo Dina Stadium.

The Lagos State Government, through the State Ministry of Health, has dissociated itself from an advert making the…
byTayo Aderinola 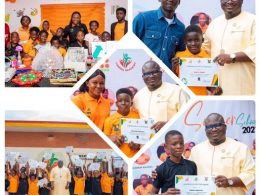 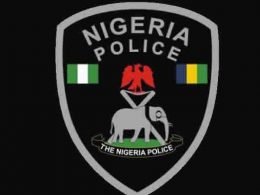