The Supreme Court on Friday ordered former Managing Director of the defunct Intercontinental Bank Plc, Dr. Erastus Akingbola, to return to the Federal High Court in Lagos to face his trial on N5bn fraud charges.

The trial was prematurely terminated in April 2012 by Justice Charles Archibong, whose decision in the case later earned him a compulsory retirement from the bench.

A five-man panel of the apex court led by Justice Tanko Muhammad unanimously affirmed the February 20, 2015, judgment of the Court of Appeal in Lagos which had overturned the Federal High Court’s decision striking out the charges.

According to Punch, Justice Sidi Bage, who read the lead judgment of the apex court, said Akingbola’s appeal challenging the Court of Appeal’s verdict lacked merit.

The judge ordered that the case be remitted to the Federal High Court and handled by another judge in the Lagos Division and be given “expeditions trial”.

Justice Archibong (now retired) had in a judgment delivered on April 2, 2012 struck out the 26 counts contained in a charge numbered FHC/L/443C/2013 filed by the Economic and Financial Crimes Commission against Akingbola on the grounds that the prosecution was not diligent in the handling of the case.

The judge had described the EFCC prosecution team as a drain in the public purse and directed the Attorney-General of the Federation to disband the team.
The judge’s decision in the case later earned him a compulsory retirement by the National Judicial Council.

Commenting on the conduct of the judge in the case, a member of the apex court’s panel, Justice Kumai Akaahs, noted in his contribution that Justice Archibong acted like a military dictator. 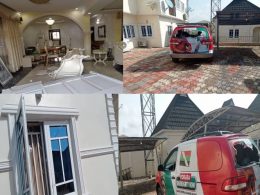 Sunday Adeyemo, Sunday Igboho for style, is in the news again. This time, not for his insistence that the planned rally for Lagos would hold despite cautions by security operatives, but because of an attack on his Soka Ibadan home by some unknown gunmen. It happened around 1:00 am, this Thursday.
byLateef Idris
No comments 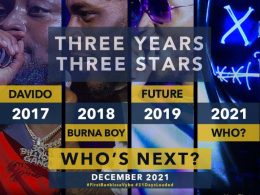 Enabling Dreams with FIRST BANK ‘December is a Vybe’

One of the most fascinating quotes of popular British business magnate and author, Sir Richard Brandson is that “A great business is simply an idea to make other people’s lives better.” This vital nugget aligns with a global view that a critical element of successful brands is the ability to beyond functional products benefits become a visible partner in customers lives, enabling them live better and happier, aim higher and achieve their dreams.
byTayo Aderinola
No comments

No fewer than 30 health facilities across the State were sealed in the months of July and August,…
byTayo Aderinola
No comments