The National Association of Nigerian Students (NANS) has appealed to the Academic Staff Union of Universities (ASUU) to accept the offers made by the Federal Government and to call off the on-going strike.

The National Public Relations Officer (PRO) of NANS, Comrade Bestman Okereafor, made the appeal in a statement issued in Enugu on Saturday.

The Federal Government’s team dialoguing with ASUU had agreed to set-up a seven-man joint committee to look into all ASUU demands as well as agreed to release billions of naira to meet universities infrastructural needs.

The current agreement was reached after about 12 hours and 30 minutes of a closed door meeting in Abuja on Thursday.

“NANS is passionately appealing to ASUU to consider the offer made by the Federal Government in the interest of Nigerian students.

“Even as NANS delegation shall be meeting with Prof. Biodun Ogunyemi, the National President of ASUU and his executives next week on the resumption of classes in the universities,’’ he said.

Okereafor noted that NANS conclusively wish to reassure our compatriots that NANS under the watch of Comrade Aruna Kadiri is poised and committed to giving a more proactive and responsive representation to students.

“We are optimistic that the storm in the universities will be over soonest,’’ he said.

NAN reports that the national leadership of ASUU, however, said though it accepted the proposals presented by the government but would take the proposals to its members in various states and universities chapters.

The union would likely get back to the Federal Government within a week time. 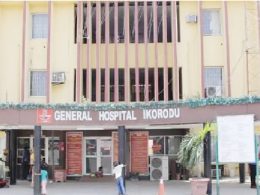 General Hospital, Ikorodu recently joined the rest of the world to celebrate the Year 2021 World Diabetes Day set aside to raise awareness on growing burden of the disease and strategies to prevent or treat it.
byLateef Idris
4 shares
4
0
0
No comments

Amidst rebellion by some members against the leadership of Comrade Adams Oshiomhole, an emergency National Executive Committee (NEC)…
byTayo Aderinola
10 shares
10
0
0
No comments 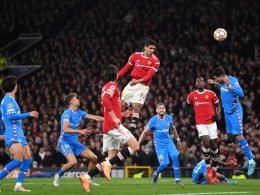 Atletico Madrid drove the final nail in the coffin of a miserable season for Manchester United as Renan Lodi’s header sent the Spanish champions into the Champions League quarter-finals with a 1-0 win at Old Trafford to progress 2-1 on aggregate.
byLateef Idris
1 share
1
0
0
No comments

The Lagos State Ministry of Transportation has denied its involvement in a dispute relating to land situated at No 1, Folurunsho Kuku Street, Off Agbaoku, Opebi, as contained in a social media post by a Lagos lawyer, M.O. Ubani, describing it as a figment of his imagination and a flagrant attempt to rubbish the reputation of the Ministry.
byLateef Idris
No comments