The Nigerian Mission in South Africa said on Friday in an interview that the officers were implicated in the killing.

The Nigeria’s Consul General in South Africa, Mr. Godwin Adama, said through a telephone from Johannesburg that the South African authority had confirmed that investigation into the murder case was almost concluded.

“Badmus, a native of Lagos was brutally murdered by the South African Police on Oct. 10, 2017 at vanderbidjk park, South Africa.

“Police officers implicated in the murder will be charged to the High court any moment from now,” he said.

Police officers were alleged to have stormed the home of Badmus, an undergraduate at Vaal University of Technology in Vanderbijlpark in South Africa, with claims that he was trafficking drugs.

However, when the police searched his home, they could not find any drug in it.

They allegedly asked the deceased for money and when he could not give them money, they handcuffed him and used excessive pepper spray on him.

He passed out and died due to suffocation

Adama said that the case was classified as high profile because of the tension generated by the development as some Nigerians who had confrontation with the police almost took laws into their hands.

The Consul General said that on hearing of the development immediately rushed to the scene where he interfaced with the aggrieved Nigerians and the police to calm frayed nerves.

“I led a delegation from the mission to visit the scene on receipt of the information. When we arrived at the scene, the place was tensed up because Nigerians there were not happy.

“We immediately met with the Station Commander in the area with some selected Nigerians.

“The police assured that a thorough investigation would be carried out and that the culprit would be brought to book,” he said.

He said that the authority arrested the police officers that perpetrated the crime and commenced investigation.

Adama said that the mission had followed up the case and it was clear that investigating authorities had done a very thorough job as promised.

He stressed that the authorities had said that the suspects would be charged to court any moment from now.

Olubajo said that the inability of the government to bring to book those perpetrating the heinous crimes against Nigerians has given the criminals free hands.

“Lack of prosecution of these criminal activities has actually emboldened a lot of people to feel that they can kill Nigerians without any consequence,” he said.

South Africa’s President Cyril Ramaphosa had, during his visit on July 11, said that the killing any national in the country was an act of criminality and not specifically targeted at Nigerians.

The killing of Nigerians in South Africa had been on the increase in recent times.

The latest was the assassination of Mr Martin Ebuzoeme by unknown assailant in Yeoville, Johannesburg on July 12 .

Before then, was also the killing of Mr Ozumba Tochukwu-Lawrence, by an unknown gunman at 10 Koppe, Middleburg, Mpumalanga on July 6.

There was also the killing of Mr Clement Nwaogu a father of two, who was burnt to death by his assailants in April.

The wanton killings of Nigerians in South Africa had sparked a number of protests there.

At least 14 of the protesters were taken into custody and allegedly branded drug peddlers.

The Senior Special Assistant to the President on Foreign Affairs and Diaspora, Mrs Abike Dabiri-Erewa, had expressed worry over the killings of Nigerians in South Africa.

Dabiri-Erewa stated that no fewer than 117 Nigerians were extra-judicially killed in South Africa between 2013 and 2018 for one flimsy reason or the other.

Police stay put at Melaye’s residence, want him to surrender 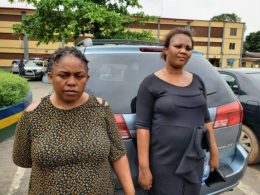 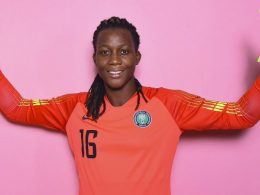 The Super Falcons of Nigeria will be without their first-choice goalkeeper, Chiamaka Nnadozie for Monday’s opening Group C game against South Africa at the 2022 Africa Women’s Cup of Nations.
byLateef Idris
1 share
1
0
0
No comments