Do officers harass women for sex before granting them bail at the Ilaje Police Division in Bariga, Lagos State?

This is the puzzle Commissioner of Police Imohimi Edgal has asked the Gender Unit of the Command to unravel following allegations of sexual harassment against an officer at the station.

A widow, Mrs Adebukola Mowette, is alleging that an officer, simply identified as Egi asked her for sex to grant her bail.

“He fondled my breasts and threatened to ensure I rot in prison if I refused to sleep with him. He said in jail, they will shave the hairs on my private parts and those on my head,” the woman told The Nation yesterday.”

Mowette, who was detained on June 25, after a fight with a man, said she was yet to get over the humiliation and harassment she went through.

Our correspondent met her at the Bariga monarch’s place, while investigating other allegations against policemen at the division.

She said she was shocked by the actions of another policeman and a policewoman, who told her to accept Egi’s proposal for the case against her would be dropped.

The woman recalled that it all started in May when she reported the loss of her phone at the station.

She claimed that she placed her phone on a roadside betting kiosk popularly known as Baba Ijebu, where some youngsters sat in order to tie her wrapper properly. She said when she was done, she did not find the phone again.

“They said they did not see my phone and so, I had to go to the police to report.  They were invited but at the end of the day, the Investigating Police Officer (IPO) said I accused them wrongly and asked us to go.

“From that day, whenever I passed, they would be threatening me and making snide remarks. I never replied them. I even reported the matter to our Community Development Association (CDA). But on June 25, my son came from Ikorodu and they stopped him on the road and threatened him as well. They said they would kill us if we did not leave the street for them.

“There was no way I would allow them threaten my son and so, I went out and confronted that particular area boy. He pushed me. I also pushed him back. We started fighting; people separated us and I left. The next thing, police came and arrested me that I have injured him and that he could not walk again. They took me to the station and locked me up inside the cell.

“I even asked Egi why I was the only one arrested, since it was two fighting but he said the complainant was in the hospital. That I have not seen anything yet.”

Mowette said she rebuffed Egi’s love advances, claiming that the policeman told her she was in for a hard time.

She said he rained curses on her and also poured water on her through the sell’s ventilation holes.

“I told him I will not sleep with him even if he was the last man on earth. This got him angry and he started pouring water through those holes and said he would pour urine too. After some hours, he brought me out that I should come and write my statement. I told him I will not writing anything because I do not know what he wanted me to write.

“He then pressed my breasts and said is this what you are doing Shakara with? Do you know how many young and beautiful women I have slept with here? I will even be doing you a favour by sleeping with you.

“Since you have refused, you will go to prison. There, they will shave the hair in your private parts, your hair and lock you up for many years.

“My sister, the worst part was that a policewoman and another policeman were telling me to agree to sleep with Egi that it is a normal thing. I was so angry and disappointed at the same time. The woman called me Iyawo Egi and said that if I should agree, they will just close the case and I will go home.

“But I stood my ground. How can I agree to sleep with him? For what? Egi said he’s the only one that can help me that I should befriend him. I refused that never will I do such, he threatened to take me to court.

“He forced me to say my statement. I did not write it. I was just talking and he was writing. He did not let me see what he wrote. He asked the guy if he’s ready to go to court but he said no that he wanted settlement and that I should pay N40,000 he used to treat himself.

“After rallying round for some days to raise money and I could not, I went back to the police station and told Egi that I could not raise money. He said if I had agreed to cooperate with him, the matter would have been closed. That day was Friday and so, he gave me till Monday to provide the money.

“So, I went to my uncle for help and he gave me N5,000, which I took to the station but Egi said it was not complete. I told him I could not raise more and he started harassing me and touching my breast. I knocked off his hands and he said I must bring the money the next day. He also threatened to kill me if I tell anyone what happened.

“I had to run to the palace for help because I did not know what to do again. I am happy I met you here. Please, I need help. The Commissioner of Police and government need to know what is happening. They need to investigate Ilaje Police Division.”

Edgal directed the Gender Unit to conduct  a discreet investigation into the case.

The matter, he said, would not be swept under the carpet, restating his intolerance for misconduct or any action capable of smearing the police.

He said: “Please, always bring matters like these to my attention. I assure you it will be investigated, the truth established and actions taken.”

It was gathered that the parties have made statements and asked to return on Tuesday. 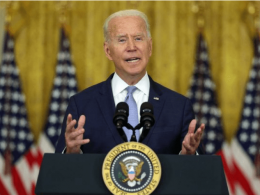 I want to speak today to the unfolding situation in Afghanistan, the developments that have taken place in the last week and the steps we’re taking to address the rapidly evolving events.
byLateef Idris
No comments 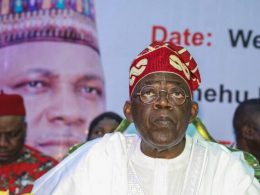 Former Minister of Works Dayo Adeyeye has said the All Progressives Congress(APC) presidential candidate Asiwaju Bola Tinubu has the capacity, viral political networks and grassroots structures across Nigeria to defeat the People’s Democratic Party flagbearer, Atiku Abubakar and other contestants in the 2023 general election.
byLateef Idris
No comments