Senegal to use witch doctors to cure injured Mane

Senegal will incredibly use witch doctors to cure Sadio Mane’s injury in a bid to race him to the World Cup in Qatar, according to FIFA‘s Senegalese secretary general.

Senegal will incredibly use witch doctors to cure Sadio Mane’s injury in a bid to race him to the World Cup in Qatar, according to FIFA‘s Senegalese secretary general.

Mane is set to be included in Senegal’s squad for the World Cup despite suffering a leg injury this week, a source within the country’s football federation told AFP yesterday – with fears he would initially miss the tournament.

But now Fatma Samoura, the No.2 at world football’s governing body, has said the country will go to extreme methods to ensure he is present, admitting they are not even sure if the unorthodox technique will work but that they are hoping for ‘miracles’.

“We are going to use witch doctors,” she told Europe 1. “I don’t know (if they’re effective) but in this instance, we’re going to use them anyway. We are hoping for miracles. He has to be there!”

A source had told AFP that the ex-Liverpool man would be included despite hobbling out of Bayern Munich’s 6-1 win over Werder Bremen this week, which led to reports that he would be ruled out of the tournament.

“One thing is certain, Sadio Mane will be on the list tomorrow,” the source said, with coach Aliou Cisse set to announce his squad today.

He was diagnosed with an injury to his right fibula. Bayern said he would undergo further tests in the coming days.

According to the source, Mane ‘remains calm, he’s professional, he knows that injury is part of the job.’

He has been ruled out of Bayern’s final game before the World Cup against Schalke on Saturday.

The Senegal team doctor, Manuel Afonso, has flown to Munich to assess the extent of Mane’s injury.

But Senegal hopes their talisman will be fit in time for their opening game of the tournament on November 21 against the Netherlands. Their official squad will be announced on Friday morning.

The Lions of Teranga will also take on hosts Qatar and Ecuador in Group A.

Lagos State Governor, Mr. Babajide Sanwo-Olu has assured the safety of participants and visitors coming to the State…
byTayo Aderinola
No comments 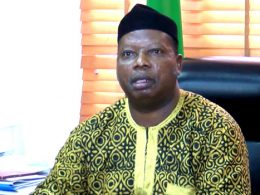 The Economic & Financial Crimes Commission (EFCC) has filed an 11 count charge of conspiracy, forgery and stealing against the Speaker of the Ogun State House of Assembly, Olakunle Oluomo and three others.
byLateef Idris
No comments 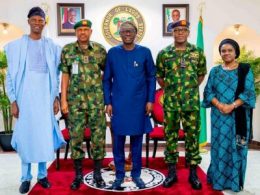 Lagos State Governor, Mr. Babajide Sanwo-Olu on Friday said his administration will continue to work with security formations in the State for Lagos to remain the most peaceful, safe, secure and enterprising state for the citizens and foreigners.
byLateef Idris
No comments