A Federal High Court in Abuja has backed the Senate’s rejection of Mr Ibrahim Magu as substantive Chairman of the Economic and Financial Crimes Commission ( EFCC).

A concerned Nigerian, Mr Oluwatosin Ojaomo had filed a suit at a Federal High Court, Abuja challenging the Senate’s decision to reject the nomination of Magu by the President as substantive Chairman of the EFCC.

The litigant in the suit no FHC/ABJ/CS/59/2017, which had the Senate President and the Attorney-General of the Federation as co-defendants, prayed the court to nullify the decision of the Senate

According to him, the upper legislative chamber has no power to confirm Magu in the first place let alone, rejecting his nomination.

The plantiff, who cited section 2 (1) (a) (i) (ii) (iii) and 2 (3) of EFCC ( Establishment ) Act, 2004, said the statutory powers of such appointment and confirmation lie with the President in line with the extant laws of the Commission.

But the presiding Judge, Justice John Tsoho in his judgement dated Jan. 15, 2018 and released on Thursday in Abuja, ruled that the Senate, as constitutionally empowered, has power to confirm or reject any presidential nominee forwarded to it at anytime .

Magu’s rejection according to the Judge was in right order since intendment of the laws as it regards the Senate was not to serve as a rubber stamp of the President .

He said the plaintiff had no locus standi to sue the Senate on the issue and that the affidavit deposed by the plaintiff, “did not disclose sufficient stake or peculiar interest of the plaintiff above others, that entitles him to institute this action”.

The judge said the use of the word “shall” in Section 2 (1) & (3) of the EFCC (Establishment) Act, 2004 conferred the Senate the power to approve or reject the appointment of the Chairman of the anti corruption body.

“Therefore, while the plaintiff recognises the use of the word ‘shall’ as conferring mandatory and unqualified powers on the President to appoint the Chairman of the EFCC, sight must not be lost that the same word is used in respect of confirmation by the Senate of such appointment.

“Therefore, interpretation of the word ‘shall’ should logically have the same effect regarding both situations.”

On the second prayer of the plaintiff Justice Tsoho said Section 2(3) of the EFCC Act, empowered the Senate to confirm an appointee to the office of the Chairman of EFCC by the President.

“The Senate is conferred with authority to ensure the choice of only suitable and credible persons for appointment to that office.

“The point must be made that it is trite in law generally, that where a plaintiff’s claim is unchallenged and uncontroverted, the court will accept the available evidence and act on it.

“There is, however, an exception to this, where the court finds that the plaintiff’s action is not maintainable, despite being unchallenged.

“This, I humbly hold to be the position in the instant suit, as I regard as doubtful the plaintiff’s capacity or competence to maintain the action. Consequently, this suit is struck out.”

Reacting to the judgement, the Senate spokesman, Sen. Sabi Abdullahi (APC Niger) said the ruling has vindicated the Senate’s position.

“President Buhari should look beyond Magu as far as the chairmanship of EFCC was concerned.

“We are pleased with this judgement and salute the judiciary for rising up to the occasion .

“With this, the Senate expects the executive to be guided by the court’s decision and do the needful by forwarding name of any credible Nigerian for the EFCC office.

“There is nothing personal in the whole thing. The court had ruled and all parties concerned, must obey, ” he said. 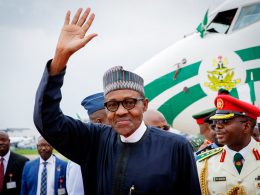 President Muhammadu Buhari on Monday returned to Abuja after participating in the 35th Ordinary Session of Assembly of the African Union Heads of State and Government in Addis Ababa, Ethiopia.
byTayo Aderinola
No comments 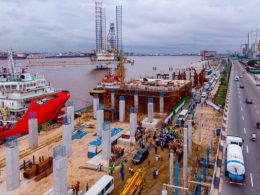 The Lagos State Government has announced traffic diversions for the ongoing construction of Phase 1 of the Lagos Rail Mass Transit project and Opebi-Ojota Link Bridge.
byLateef Idris
No comments 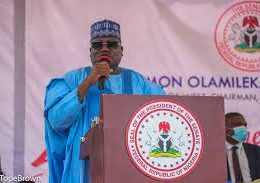 Continue to put your trust in APC – Lawan to Nigerians

The President of the Senate, Ahmad Lawan has urged Nigerians to continue to entrust the affairs of the country to the All Progressives Congress(APC), stressing that APC is the party to trust.
byLateef Idris
No comments