The Police Command in Lagos has arrested one Insp. Charles Omotosho, an operative of the Special Anti-Robbery Squad (SARS) for allegedly extorting N5,000 from a hapless citizen in Ikorodu, near Lagos.

The Head of Public Complaints Rapid Response Unit (PCRRU) of the command, ACP. Abayomi Shogunle, made the disclosure in a statement on Friday in Abuja.

He explained that Omotosho was arrested, following a complaint from a citizen via twitter on May 16.

Shogunle said that Omotosho forced his victim to make a bank transfer of N5, 000 into his account for an arrest over a flimsy reason.

He said that in the course of preliminary investigation, a copy of the officer’s statement of bank account was obtained and the amount transferred was discovered.

“It has also been established that there was a contact between the officer’s patrol team and the complainant and others at Ikorodu as contained in the complaint.”

Shogunle said the officer had been removed from front-line police duties and taken into custody.

The PCRRU head said that the inspector-general of police had ordered immediate commencement of disciplinary action against Omotosho in line with the police Act and other regulations.

“PCRRU has handed the erring officer to the AIG Zone 2 Command Lagos, together with a print out of his statement of bank account for necessary action, the outcome will be made public soonest,” Shogunle said.

The PCRRU was established by the police authorities in 2015 with a mandate to receive and resolve cases of professional misconduct brought against officers.

The shocking events of the last 24 hours clearly demonstrate that President Donald Trump intends to use his remaining time in office to undermine the peaceful and lawful transition of power to his elected successor, Joe Biden.
byLateef Idris
1 share
1
0
0
No comments 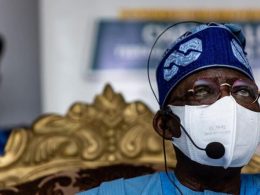 A group supporting the presidential ambition of Asiwaju Bola Tinubu has carried out a marketplace sensitization in Yobe state, to enlighten the public on his political values.
byLateef Idris
No comments 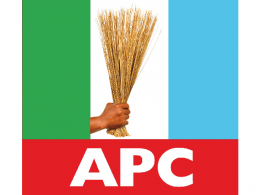 The ruling All Progressives Congress (APC), yesterday, moved closer to its March 26 national convention as the Niger State Governor, Abubakar Bello, who now heads the party, inaugurated an 86-member committee to plan the convention.
byTayo Aderinola
No comments 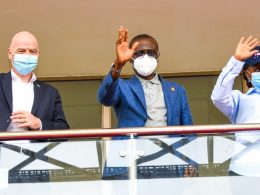 Lagos State, Nigeria’s commercial nerve centre, became the cynosure of the global soccer lenses on Wednesday, as Governor Babajide Sanwo-Olu was joined by the President of the Fédération Internationale de Football Association (FIFA), Gianni Infantino, to attend the opening round of the maiden Aisha Buhari Women Cup.
byTayo Aderinola
No comments