Lagos State Governor, Mr. Babajide Sanwo-Olu has assured the safety of participants and visitors coming to the State for the Under-20 Women World Cup in 2020.

The State, the Governor guaranteed, will ensure improvement in the condition of all sporting facilities already inspected by the Fédération Internationale de Football Association (FIFA) committee to give participants a comfort and make their experience rewarding.

Sanwo-Olu, on Tuesday, received members of the apex football governing body to his office after Lagos was named as a potential host city for the competition. The FIFA officials were led by the president of Nigeria Football Federation (NFF), Mr. Amaju Pinnick.

The Governor said he was elated by the choice of Lagos as a potential host city of the sporting fiesta – a development that followed the FIFA’s inspection of sporting facilities in the State.

He said: “Lagos is a whole lot of energy, with a lot of very resourceful, hospitable and dynamic people, who understand and appreciate the issues around hospitality. It is a State with population that has a lot of diversity. We are very excited that FIFA is considering hosting one of its very important tournaments, U-20 Women World Cup, in Nigeria. By implication, Lagos is one of the host cities of this fiesta.

“We understand there will be a few concerns. As a government, we will give our assurances on all things required to make the event successful. We will ensure adequate security for all participants. We will also be supporting NFF and FIFA to ensure seamless transportation, accommodation and crowd management. We will do whatever would create an enduring experience for the visitors coming to the FIFA events.”

Sanwo-Olu told the visiting FIFA officials that harnessing sporting potential of the youth was a key component of his administration’s development agenda, stressing that his government planned to use sport as an engaging tool to create opportunity for young people.

He said: “For us, we will use sport as an engaging tool to create opportunity for young people to see a growth in their career path and we have started to push this agenda through our sport commission. We are using sport as a corrective narrative; an enabler that will make our youths see brighter tomorrow.”

Pinnick described Lagos government as “giant promoter” of sports, while also acknowledging Governor Sanwo-Olu’s role in the mileage achieved by the Super Eagles in the just-concluded Africa Cup of Nations in Egypt.

Hosting the U-20 Women World Cup in Lagos, the NFF boss said, would be the required boost to spur the Falconets to lifting the trophy next year.

He said if given the hosting right, Nigeria will become the first African country to host the women world cup, pointing out that the FIFA team members were satisfied with the condition of the facilities inspected in Lagos.

Pinnick said: “Hosting the competition is very good for Nigeria. Members of our women football teams have displayed level of discipline, maturity and patriotism. We believe we should accord them respect they deserve by ensuring that the tournament is successfully hosted.

“For the first time in Africa, we are hosting an U-20 Women World Cup. But, Lagos State is not new to hosting tournament. During inspection, the FIFA team was able to understand Lagos is ever ready for this kind of event. We are happy the forthcoming tournament will be taking place in Lagos.” 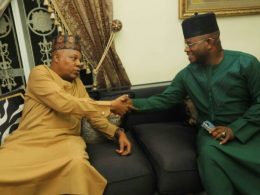 Gov. Yahaya Bello of Kogi on Monday hosted Kassim Shettima, running mate to Bola Tinubu, the Presidential Candidate of the APC, in the 2023 general elections.
byLateef Idris
42 shares
42
0
0
No comments 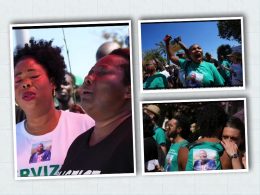 The Ikeja All-Stars Football Club on Saturday, 17th of November, won the maiden edition of the Betway 5s…
byTayo Aderinola
No comments 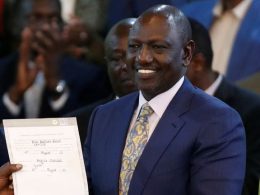