Sanwo-Olu delivers 1,348 new homes to Lagosians in one year

The Lagos State Government on Tuesday said it has delivered a total of 1,348 new homes to residents of the State within the first year in office of the Governor Babajide Sanwo-Olu led administration.

Lagos State Commissioner for Housing, Moruf Akinderu-Fatai, who revealed this at the 2020 Ministerial Press briefing organised by the government in commemoration of the one year anniversary of the current administration at the JJT Park, Alausa, Lagos, disclosed that the state government had completed five Housing Schemes located at Igando in Alimosho Local Government Area; Igbogbo in Igbogbo Baiyeku Local Council Development Authority; Igbokushu, Lekki Phase 1 and Idale in Badagry.

He explained that the provision of decent accommodation for Lagosians was an integral part of the transformation agenda of the present administration on housing, adding that the strategies deployed in meeting this agenda involved building affordable houses through Direct Budgetary allocation for the completion of existing schemes, as well as through Public-Private Partnerships.

In his words. “492 of the homes located at Lateef Kayode Jakande Gardens in Igando and 320 at LagosHoms, Igbogbo 2b, were actualised through Direct Budgetary allocations while the rest were made possible through Joint Ventures with private investors.

The Commissioner called for more serious-minded investors to join hands with the State Government for the speedy resolution of the housing deficit challenge in Lagos.

He also disclosed that more schemes would be completed before the end of the year to yield an additional 1,662 home units by the end of 2020, noting that the projects included the LagosHoms, Sangotedo cluster, with 774 homes in Eti-Osa LGA; 660 homes at LagosHoms Odo-Onosa /Ayandelu in Agbowa LCDA; Iponri Estate Housing Scheme in Surulere LGA with 132 units and Lekki Phase 2 Scheme in Eti-Osa Local Government Area having 96 units.

Akinderu-Fatai averred that the government-owned housing schemes being developed across the State included the Epe Housing Scheme in Itamarun Epe LGA with 112 homes and LASU Housing Scheme with 36 units within the Lagos State University main Campus in Ojo.

The Commissioner maintained that the State Government was working assiduously to increase manpower development, through skills upgrade of 1,000 artisans in the building sector, for an improved capacity as well as enhanced income generation.

In the area of accessibility of the homes, Akinderu-Fatai pointed out that, according to the State Government Housing policy, the homes were targeted at first time homeowners, who are residents of the State, with a convenient mortgage system or outright purchase.

“The State Government has strengthened its convenient mortgage system under the Rent-To-Own Scheme of the Lagos State Mortgage Board to bring as many people as possible on the Home Ownership ladder. With an initial payment of 5% of the price and monthly payments spread over 10 years, Lagosians can become homeowners without experiencing serious financial hardship,” he said.

Projecting the future years of the present administration, Akinderu-Fatai posited that the State Government would aggressively pursue the delivery of more homes by working with Private Sector investors, organise Housing Challenge Competitions to drive innovation in the building sector and ensure that the poor, the distressed and vulnerable have more access to social housing.

Also speaking at the event, the Special Adviser to Governor on Housing, Mrs. Toke Benson-Awoyinka lauded the administration of Governor Babajide Sanwo-Olu for activating the law that established Lagos State Real Estate Regulatory Authority (LASRERA), saying that “with the promulgation, the Agency is now empowered by Law to register Real Estate Practitioners/Property Developers across the State and issue licenses annually to genuine practitioners”.

Benson-Awoyinka said the new Agency is also saddled with the responsibility of investigating complaints and petitions against licensed and unlicensed Real Estate Practitioners /Property Developers as well as imposing sanctions in accordance with the Law where necessary.

She revealed that various stakeholders’ fora were organised by the government to enhance transparency in Real Estate investment transactions, stressing that the initiative, among others, was to help eliminate unethical Real Estate Business transactions in the sector and protect innocent citizens in the State from unscrupulous individuals.

The Special Adviser disclosed that the Agency has launched a Portal for the registration of practitioners in Property Market and Real Estate Business, noting that the online platform was unveiled by Governor Babajide Sanwo-Olu, on 30th, October, 2019 at a grand event held at Eko Hotels and Suites, Victoria Island.

“The seamless and robust platform has been put in place to gather data of genuine stakeholders in the industry for the purposes of planning and promoting Ease of Doing business. More importantly, it was also a way of addressing the issue of sharp practices in the sub-sector in which many innocent citizens in search of accommodation, purchase and sale of property have been criminally defrauded by fake/dubious practitioners”, Benson-Awoyinka revealed.

She said, in order to further enlighten members of the public about the activities of LASRERA, series of interactive sessions with the Body of Permanent Secretaries of the MDAs and 57 Chairmen of the Local Governments and Local Council Development Areas, Officials of interrelated Ministries, Departments and Agencies, were held in the pursuit of achieving the goals of the Agency.

The Special Adviser hinted that the State is working on the Mortgage and Property Law Cap M5 Laws of Lagos State, 2015, which was established to generate a conducive environment for accessible and affordable mortgage/charge for the benefit of the citizens of the State. 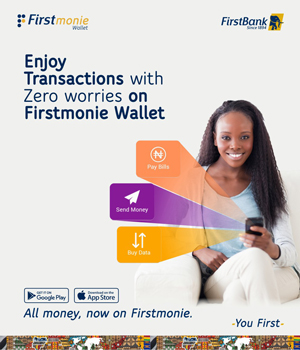 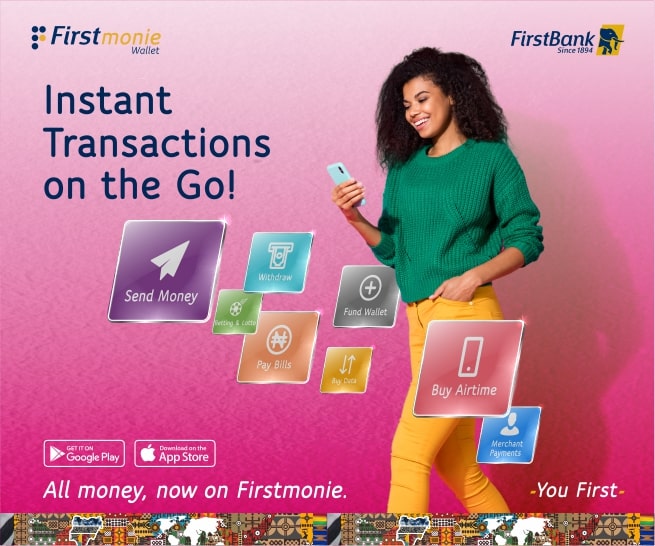 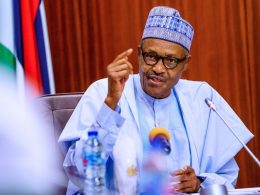 Buhari: Why prices of foodstuffs are on increase in Nigeria

President Muhammadu Muhammadu Buhari on Monday speaks about the ballooning prices of foodstuff in the country in spite of the investments of his administration in agriculture.
byLateef Idris
24 shares
24
0
0 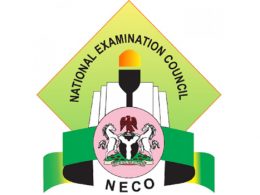 NECO Says 2021 SSCE Internal Registration Will Not Be Extended

The National Examinations Council (NECO) has said that it will not extend the registration period for the 2021 Senior School Certificate Examination (SSCE) for school-based candidates.
byLateef Idris

Rilwan “Babyface” Babatunde, on Friday, emerged the best boxer at GOtv Boxing Night 21,which held at the Rowe…
byTayo Aderinola 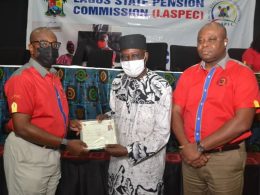