Mr Fred Agbedi, Chairman, House of Representatives Committee on Gas, on Tuesday assured Nigerians that the lower house would pass the Petroleum Industry Bill (PIB) in the next one month.

Agbedi disclosed this at the Natural Gas Business Forum 2018, hosted by the Nigerian Gas Association in Lagos.

He said that the decision to fast track the passage of the bill was borne out of the need to lay down solid foundation for enduring petroleum laws in the country.

He said the house would have passed the bill earlier but was constrained by floods of conflicting presentations by gas stakeholders on the bill.

The lawmaker said that the lower house was desirous of fashioning out robust laws that would strengthen the nation’s business environment, through collaboration with stakeholders in the gas sector.

Mr Justine Ezeala, who represented the Managing Director of Nigerian Gas Company, emphasised the need for the private and public sector collaboration to ensure the growth of the nation’s gas sector.

Eseala said the NGC was well positioned to change the face of gas and also ensure that the sector delivered the right input to the sector.

Mr Ed Ubong, Managing Director of Shell Nigeria Gas, said the company had been in the vanguard of developing domestic gas sector and initiated vertical integrated programme leading to Shell’s divestment into the power sector.

This, he said, had enabled the company to develop 650 MW of power plant and linked up several industrial and manufacturing businesses into the country’s supply network.

Also, Dr Layi Fatona, the Managing Director of ND Western, lamented on the fragmented policies of Federal Government, saying it had caused serious setback to the nation’s gas sector.

He advised that once a policy document was made and adopted, efforts should be made to implement it. 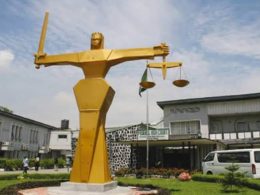 A Federal High Court sitting in Lagos on Friday remanded one Godwin Ofor in Nigerian Correctional Services (NCoS) custody pending the hearing and determination of his bail application for a felony charge.
byTayo Aderinola
No comments 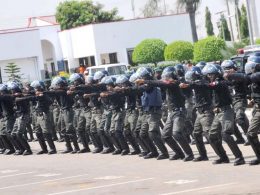 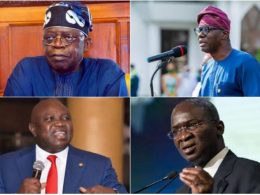 The Lagos State Controller of the Nigeria Correctional Service (NCoS), Adewale Adebisi, has said 352 inmates are on death row at the Kirikiri Maximum Correctional Centre.
byLateef Idris
1 share
1
0
0
No comments 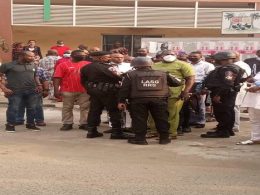