essence of this piece is to improve the general understanding of the  issues of relevance to the livelihood and well-being of the common man especially since the motive behind the refund is to better the lot of we the common man.

The debt service deductions are in

respect of the Paris Club and Multilateral debts of the FG and States. While Nigeria reached a final agreement for debt relief with the Paris Club in October 2005, some States had already been overcharged and now the overcharged sums are being refunded.

The funds were released to state governments as part of the wider efforts to stimulate the economy and were specifically designed to support states in meeting salary and other obligations, thereby alleviating the challenges faced by workers.

The releases were conditional upon a minimum of 50 percent being applied to the payment of workers’ salaries and pensions. The Federal Ministry of Finance is reviewing the impact of these releases on the level of arrears owed by State Governments.

Creditor countries meet ten times a year in Paris for Tour d’Horizon and negotiating sessions. To facilitate Paris Club operations, the French Treasury provides a small secretariat, and a senior official of the French Treasury is appointed chairman.

This subject matter actually emanated from the Paris club’s Policies for heavily indebted poor countries and the resultant refunds are expected to be directed at socio-economic developmental  needs.

The great difficulties of some developing countries to break the cycle of debt led creditor countries of the Paris Club to adopt more ambitious policies. In October 1988, creditors decided to implement a new treatment for the debt of the poorest countries. This new treatment called “Toronto terms” implements for the first time a reduction of the stock of debt of poor countries. The level of reduction was def

In December 1991, creditors decided to increase the level of cancellation of 33.33% as defined in Toronto, to 50% under the “London terms”. These agreements benefited to 23 countries.

Going even further, in December 1994, creditors decided to implement a new treatment called “Naples terms”, which can be implemented on a case by case basis. Thus, for the poorest and most indebted countries, the level of cancellation of eligible credit is increased to 50% or even 67% (as of September 1999, all treatments carry a 67% debt reduction). In addition, stock of treatments can be applied in each case for countries that have complied satisfactorily with terms of previous commitments. Up to 2008, 35 of 39 countries have reached the completion point of the Heavily Indebted Poor Countries HIPCs.

Hopefully the informed citizenry will be equipped to demand transparent accountability from their leaders either as political office holder or as political opinion molder.

FBN Holdings PLC (“FBNHoldings”), Nigeria’s leading financial holdings company, has announced the appointments of Mr. Seni Adetu and Mrs. Juliet Anammah as Independent Non-Executive directors, while Mr. Otu Hughes has been appointed as a Non-Executive director. These appointments are subject to the approval of the Central Bank of Nigeria (“CBN”).
byTayo Aderinola
No comments 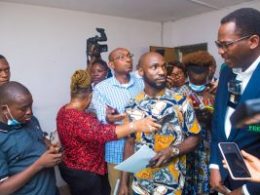 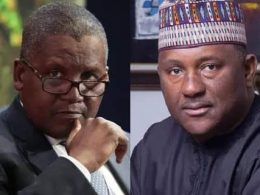 The long time rivalry that many thought had long been buried, between the richest man in Africa, Aliko Dangote and fellow Forbes billionaire, AbdulSamad Rabiu, has been re-ignited.
byLateef Idris
9 shares
9
0
0
No comments