Ahead of the Osun rerun governorship election, a confident Senator Iyiola Omisore said his Social Democratic Party and the ruling All Progressives Congress will form a coalition to govern the state after the election.

Omisore announced this in Ile-Ife today, in an interview with journalists.

It was the first time he was giving a hint into the electoral arrangement with the APC.

“We have accepted to support the APC for victory in the rerun election tomorrow and thereafter form a coalition government,” he said.

The announcement formally shut the doors of collaboration with the Peoples Democratic Party candidate, Ademola Adeleke.

Omisore dumped the PDP after high level talks with the leaders of the APC in Ile-Ife. The APC delegation, which comprised the party chairman, Adams Oshiomhole and four governors, Ajimobi, Ganduje, Amosun and Badaru, including governor-elect Kayode Fayemi and minister of information and culture Lai Mohammed.

The Social Democratic Party governorship candidate in Osun State, Senator Iyiola Omisore, has said that what is paramount to him is the practice of true democracy, good governance and accountability in Osun State.

This is coming after over 72 hours of being pressurised by the leadership of the People’s Democratic Party and the All Progressives Congress ahead of the rerun election in the state.

He said he would never renege on his promise of good governance, accountability and human dignity in the state.

In a statement earlier released before meeting APC leaders on Wednesday, Omisore said, “Osun state has always been a stellar example of democracy where the people have consistently and freely expressed their franchise to determine who governs them.

“This should remain so. Osun people have shown that it is not business as usual. It is a positive deviation from what was hitherto the norm. I am telling my people that they should go with any political party that believes in what we in the SDP stand for; good governance, social justice, and accountability.

“I have already detailed how we planned to restore Osun to the path of good governance through the five thematic pillars in my manifesto I shared during the electioneering. I will not negotiate for personal gains and abandon my people.

“My alliance is with the people of Osun state irrespective of the political party they belong. I want my people to be treated with the dignity they deserve. I desire that they have a government that will be accountable to them. I want them to experience the good governance the founding fathers of this state envisaged.

“I have told the parties that have solicited for my support to approach the electorate and ask for their mandate as I have assured them that I will not coerce them for political or social power. It is because I have kept my promise that has made me enjoy their unalloyed support all these years.

“The fulcrum of my campaign was and is still the restoration of good governance and accountability to our dear state. I have consistently preached against voters coercion, I have voiced my stand against votes buying, voters intimidation, and politicisation.”

Senator Omisore assured his followers and admirers that he will not abandon his campaign promises even as he engaged all stakeholders on the way forward to ensure the progress of Osun state. 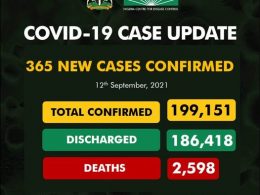 On the 12th of September 2021, 365 new confirmed cases and 8 deaths were recorded in Nigeria.
byLateef Idris
No comments 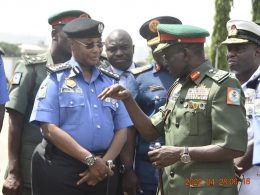 The Chief of Defence Staff, General LEO Irabor has pronounced and reaffirmed that IGP Usman Alkali Baba, has performed credibly during his one year in office as the 21st Indigenous Inspector-General of Police.
byTayo Aderinola
No comments 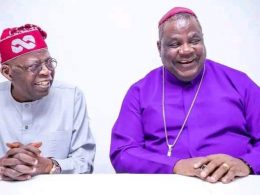 Presidential candidate of the ruling All Progressives Congress APC, Asiwaju Bola Ahmed Tinubu late Thursday met with some Christian clerics under the aegis of the Pentecostal Bishops Forum of Northern Nigeria.
byTayo Aderinola
No comments 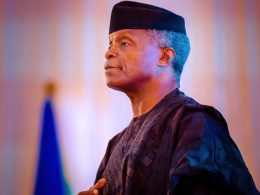