Olubadan Throne: All eyes on Lekan Balogun as Oba Adetunji passes on at 93

IBADAN — ALL eyes are on Otun Olubadan of Ibadan land, Senator Lekan Balogun, who is  next in line as the Olubadan of Ibadan following the demise of Oba Saliu Adetunji according to the laid down hierarchy of ascension to the Ibadan throne.

*How Oba Adetunji passed on, laid to rest, Otun Olubadan, other chiefs absent at burial

*Markets to shut down in Ibadan today

*Hierarchy of Ibadan chiefs, Lekan Balogun may be next Olubadan

IBADAN — ALL eyes are on Otun Olubadan of Ibadan land, Senator Lekan Balogun, who is  next in line as the Olubadan of Ibadan following the demise of Oba Saliu Adetunji according to the laid down hierarchy of ascension to the Ibadan throne.

Oba Adetunji Aje Oguguniso I, joined his ancestors, aged 93, yesterday, after a brief illness and has been interred according to Islamic injunctions. He was laid to rest at his Popo Yemoja palace in a ceremony that Otun Olubadan, and other chiefs did not attend. The Otun Olubadan, High Chief Lekan Balogun and other members of the Olubadan-in-Council were absent at the burial except High Chief Rasheed Ladoja, who accompanied Oyo State Deputy Governor, who represented Governor Seyi Makinde.

The hierarchical arrangement in the Ibadan system has a two-line approach, the Balogun system (military chiefs) and the Olubadan (Otun) system.

Olubadans are appointed on rotational basis to occupy the stool on the death of a monarch. The next to Olubadan and most senior on both lines are the Otun Olubadan and Balogun.

Oba Saliu Adetunji  was crowned the 41st Olubadan of Ibadan following his coronation on March 4, 2016.

Prior to his coronation, Oba Adetunji was the Balogun of Ibadan land which indicates that the Otun Olubadan, Senator Lekan Balogun may be next in line, according to the rotational system.

How he passed on

Oba Adetunji passed on in the early hours of yesterday, at the University College Hospital (UCH) in Ibadan, Oyo State.

The Olubadan died 22 days after the death of Soun of Ogbomoso, Oba Jimoh Oyewumi, Ajagungbade III. Oba Adetunji was crowned Olubadan after the demise of Oba Samuel Odulana Odugade in 2016.

Explaining how the monarch joined his ancestors, the Palace Spokesman, Adeola Oloko said: “It was around 1am that Kabiyesi passed on. Around 9pm (Saturday), he was first taken to a private hospital, before he was taken to UCH, Ibadan around 1am, thereafter he passed on. Baba passed on after a brief illness. He spent about five to six days in the hospital.”

Remains of Oba  Adetunji laid to rest in Ibadan

The remains of the late Olubadan were interred in his Popo Yemoja palace, Ibadan, yesterday, the same day he joined his ancestors, according to Islamic rites.

The corpse was taken for interment after a lying-in-state at the ancient Mapo Hall, Ibadan.

Prominent personalities who attended the burial at the palace of the late monarch included Governor ‘Seyi Makinde, who was represented by his deputy, Rauf Olaniyan; former governor of the state and the Osi Olubadan, Senator Rasheed Ladoja, another former governor of the state, Otunba Adebayo Alao-Akala, former and present President-Generals of Central Council of Ibadan Indigenes,CCII, Chief Bayo Oyero and Prince Yemisi Adeaga, respectively.

The palace of the late monarch at Popo Yemoja was locked down, as sympathisers trooped in to catch the last glimpse of the late Oba Adetunji, who was interred at exactly 4:55pm.

Eulogising the late oba, the Deputy Governor, Rauf Olaniyan, said before the deceased became the Olubadan, people had been reaping from his words of wisdom and philanthropy for more than 60 years.

He said: “Late Kabiyesi had made a lot of people, “Oruko n ro Kabiyesi.”

He nurtured me from adolescence — Wasiu Ayinde

Fuji music icon, Alhaji Wasiu Ayinde Marshall, popularly known as KWAM-1, said the death of Oba Adetunji meant so much to him.

“He meant so much to me. He nurtured me since I was a little boy, from 15 years and I am 65 years now. I will miss everything about him. There is no way you will not miss someone who made you for the past 50 years. I will miss him a lot.

The most important legacy he left is that, Kabiyesi lived a fulfilled life. He never compromised. He was a disciplined man to the core. A man that was honest in all his dealings all his life. He was so honest and plain, he will never tell you what he will not do,” he said.

In his tribute, former President of the Central Council of Ibadan Indigines, CCII, Chief Bayo Oyero, described the death of Oba Adetunji  as a very sad one to him in particular and Ibadan in general.

“His reign had been very peaceful, as much as possible. Baba was a man of peace and I was particularly close to Baba  ever before he became the Olubadan of Ibadanland. So, it was a personal loss to me, apart from loss as omo Ibadan,” he Oyero said.

Governor ‘Seyi Makinde, earlier in his condolence message issued by his Chief Press Secretary, Mr. Taiwo Adisa, said the late monarch gave his all to see that Ibadanland is developed and took its pride of place as one of the major cities in Africa.

His words: “The news of the death of our father, His Imperial Majesty, Oba Saliu Adetunji, Aje Ogungunniso I, came as a shock.  Kabiyesi’s exit at this time is painful, to say the least. His wealth of experience, his immense wisdom and his commitment to seeing a greater Ibadan and a better Oyo State are unrivalled.”

“Ibadan, Oyo State, Nigeria and humanity at large will miss Kabiyesi, who was ever ready to give his all to see a better society.  I commiserate with his immediate family, the Olubadan-in-Council, the Central Council of Ibadan Indigenes (CCII) and all Ibadan indigenes at home and abroad on the demise of our father.”

While commiserating with the family of the deceased monarch and the Ibadan people, the Speaker of the state’s House of Assembly, Mr. Adebo Ogundoyin, said: “Just within the spate of one month, Oyo State lost three highly revered Obas to the cold hands of death. This is really shocking and unbelievable.

“First it was the Soun of Ogbomosoland, Oba Jimoh Oyewumi, Ajagungbade III, second was the Asigangan of Igangan, Oba Lasisi Olawuyi Adeoyo and now the Olubadan of Ibadanland.

“I’ll like to commiserate with the good people of Ibadanland, and Oyo State in general on this sad incident in the New Year. We have lost another highly successful businessman and a good father to us all.”

The media aide to late Olubadan of Ibadanland, Oba Saliu Adetunji; Mr. Adeola Oloko, said that Ibadan witnessed many achievements during the reign of the late monarch, adding that he would greatly missed for being a peace-loving king.

He said: “Ibadan recorded so many accounts of progress during his time. He will be surely missed. He was a peace-loving king, very humorous, respectful, humble and very jovial.”

Markets to shut down in Oyo

Meanwhile, following the death of the Olubadan of Ibadanland, Oba Saliu Adetunji, the leadership of markets across the state, have directed all markets and shops to remain shut on Monday (today).

The directive, which was issued by the Babaloja-General of Oyo State, Asiwaju Yekini Abass, popularly called “YK Abass,” was said to have been reached at an emergency meeting of the market leaders’ council in the state, yesterday.

He said the decision which was made to honour the monarch in recognition of his contribution to the development of Ibadanland.

The Babaloja-General, who commisserated with the Governor ‘Seyi Makinde, Ibadan indigenes, Oyo State traditional Council, Central Council of Ibadan Indigenes (CCII), widow of the late monarch, Olori Rasheedat, among others, appealed to the traders and shop owners to comply with the directive.

The deceased Olubadan of Ibadan, Oba Adetunji who was from Balogun line was until his installation, the Balogun of Ibadan land.

According to reports the ascension to the Olubadan stool starts from being installed as  Mogaji before being promoted to either Ajia Balogun of Ibadan land or Ajia Olubadan of Ibadan land.

Vanguard gathered that there are about 34 steps to climb to get to the Olubadan-In- Council. All the members of the council are potential future Olubadans with the exception of Iyalode.

It was also gathered that for one to get into the council you have to start climbing from Mogaji’s either through one of the two lines: the Olubadan (Civilian line) or Balogun (Military line).

Going by the hierarchy, High Chief Mashood Olalekan Balogun is expected to succeed the late Oba Adetunji  in line with Ibadan tradition. 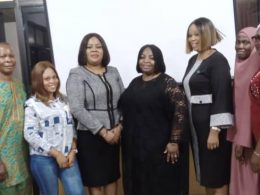 In furtherance of its commitment to enhance and facilitate Alternative Disputes Resolution (ADR), advance knowledge and promote mediation practice, the Lagos State Citizens Mediation Centre (CMC) on Thursday trained some staff of the Ministry of Women Affairs and Poverty Alleviation (WAPA) on mediation practices.
byTayo Aderinola
1 share
1
0
0
No comments

Samola appeals for progressive and formidable unification The All Progressives Congress (APC), Olorunda LCDA, on Saturday the 16th…
byTayo Aderinola
No comments

Zamfara schoolgirl: Our abductors were young boys, they wanted to ‘touch us’

One of the victims of last Friday’s abduction of Zamfara State Government Girls Secondary School in Jangebe, Hafsat Anka, said the captives threatened to kill, fry and eat them if they misbehaved.
byTayo Aderinola
No comments 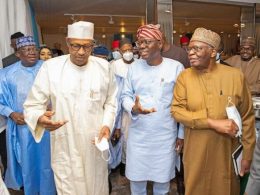 President Muhammadu Buhari has appraised the series of consultations held so far by his All Progressives Congress towards getting a widely acceptable presidential standard bearer, and concluded the party was poised to win its third straight victory since 2015.
byLateef Idris
No comments