Speaking at the event held at NECA House, Alausa, Ikeja, the State Commissioner for Education, Mrs. Folasade Adefisayo, stated that the annual competition is an initiative of the State Government aimed at promoting Science, Technology, Engineering, Arts and Mathematics (STEAM) education in Lagos Schools.

Mrs. Adefisayo explained that the competition has helped to stimulate critical thinking in students, through identifying a challenge and thinking out-of-the-box for immediate and technology-based solutions, stressing that students over the years have represented the State at national and international competitions on the platform.

She revealed her amazement at the level of creativity exhibited in robotic assemblage by the team of students from participating schools across the State.

“I sincerely appreciate the enormous creativity displayed by the students, especially how the students made robots perform specific tasks. With the performance and various presentations of our students, I can attest that the future is assured and exceedingly great for them”, Adefisayo said.

She gave an assurance that the government will not relent in fulfilling its mandate of ensuring students are 21st Century inclined.

While congratulating all participants, the Commissioner maintained that everyone is a winner and no students should feel bad for not emerging the overall best, saying “We are indeed proud of you as you have all displayed exceptional qualities in this year’s edition”.

Earlier in her welcome address, the Permanent Secretary, Ministry of Education, Mrs. Abosede Adelaja, applauded the various initiatives and programmes of Governor Babajide Olusola Sanwo-Olu-led administration in the education sector, stressing that Lagos is determined to enhance the education system through technology in line with the T.H.E.M.E.S. Agenda.

Adelaja emphasised that the vision of the Governor has no doubt prepared the students for a greater future as they can now compete at global levels.

In her contribution at the event, the Director, Science and Technology in the Ministry, Mrs. Grace Akinfoyewa, recalled that the Y2021 Robotics State Finals started with keen competition among over 100 schools.

Mrs. Akinfoyewa explained the contest involved Intra and Inter Districts’ preliminaries, which later produced 24 schools to battle at the grand finale, adding that the six finalists will represent the State at the national finals coming up in Abuja. 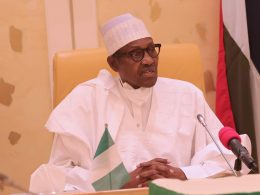 I will address forex supply to manufacturers for imports – Buhari

President Muhammadu Buhari has assured that the Federal Government will take appropriate measures to improve access to foreign exchange for the importation of raw materials and machines that are not available locally.
byLateef Idris
No comments 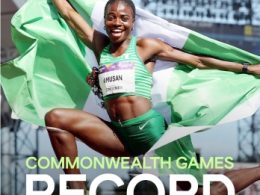 The gold medal haul is the highest at a single Commonwealth Games for Team Nigeria, representing its best performance ever.
byTayo Aderinola
No comments 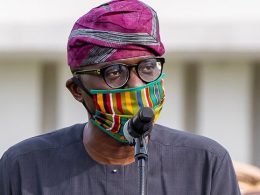 Amid the COVID-19 pandemic third wave, Lagos State Governor, Mr Babajide Sanwo-Olu, has disclosed that an average of six deaths was recorded daily in the last one week in Lagos as a result of the virus.
byTayo Aderinola
No comments