Fans in Ebonyi joined millions across the country and the world on Monday to celebrate football maestro and former Super Eagles skipper, Kanu Nwankwo, as he turned 46.

Fans in Ebonyi joined millions across the country and the world on Monday to celebrate football maestro and former Super Eagles skipper, Kanu Nwankwo, as he turned 46.

The two-time African Footballer of the Year winner also had illustrious football careers with defunct Iwuanyanwu Nationale Football Club of Owerri, Ajax Amsterdam of Holland, and Arsenal of England.

Fans who spoke with NAN in Abakaliki felicitated “Papillo’’ and wished him more fruitful years ahead.

Maxwell Anuka, Salt City FC of Abakaliki player, hailed Kanu for being inspirational to youths which had made many of them be positively engaged.

“I raptly listened to Kanu telling his life story as a resource person during the #EndSARS youth summit organized by the Ebonyi government in 2021.

“I became instantly motivated and took a step towards my future after listening to his rags to riches story,’’ Anuka said.

Dr. Jude Mbam, an Educationist described Kanu as a legend, noting that what he could not attain academically, he made up with football successes.

Kelechi Ekeledo, a journalist and Arsenal FC fan commended Kanu for being the symbol of support that several Nigerians have for the top English side.

“Kanu played 197 times for the north London side, scoring 44 goals, and was part of the invincible team that did not lose any match in the 2003-04 English Premier League season.

“This birthday celebration is auspicious because it is coming at the start of the new football season with Arsenal highly impressive in its pre-season tour,’’ he said.

Mrs. Bridget Oleru, a teacher and football enthusiast described Kanu as a humanitarian who had impacted positively on people’s lives, especially the less privileged.

“The Kanu Heart Foundation assisted many patients with heart-related ailments and this is coupled with other philanthropic gestures.

“Kanu is also a shining example of prudent celebrities who effectively managed the demands of stardom to still remain financially solvent on retirement,’’ Oleru said. 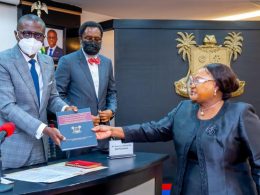 Lagos State Government has responded the reactions and anger trailing the report of the Panel of Inquiry on Restitution for Victims of SARS Related Abuses and Other Matters.
byTayo Aderinola
No comments 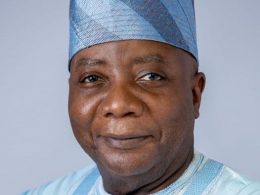 Lagos to leverage on technology for economic growth

The Lagos State government has assured citizens that it would continue to drive the economy with technology for optimal productivity and economic growth.
byLateef Idris
No comments 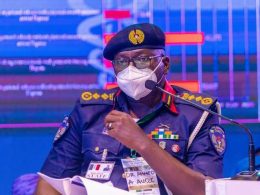 The Commandant General of Nigeria Security and Civil Defence Corps, Ahmed Abubakar Audi, has disbanded the Anti-Vandal Unit of the NSCDC Command in Rivers State.
byTayo Aderinola
No comments

The Lagos State Governor, Mr. Babajide Sanwo-Olu has reiterated that residents of the State can only reap the…
byTayo Aderinola
No comments