The Nigerian government has begun a meeting in Abuja with representatives of  the striking Academic Staff Union of Universities, ASUU.

The meeting is part of the steps by the government to resolve issues involved in the ongoing nationwide strike by the lecturers.

The Minister of Labour and Employment, Chris Ngige, said several meetings had been held between the government and the union to end the strike.

“To enable members of ASUU to get back to the classrooms,  we held a meeting last Friday and it was fruitful. It broke into an executive session and we had to be frank with each other,” Mr. Ngige told journalists before entering the meeting room.

Mr. Ngige said the government looked forward to reaching an agreement  after today’s meeting, to bring the strike to an end.

On his part, the president of ASUU, Biodun Ogunyemi, said the union had come up with areas of concern with respect to offers by the government, based on the feedback from its members.

“At this meeting, we hope we can reach an amicable decision,” he said.

Mr. Ngige declared the technical  session of the meeting open. Stunning late goals from Erling Haaland and John Stones saw Premier League champions Manchester City come from a goal down to beat Borussia Dortmund 2-1 at the Etihad Stadium on Wednesday evening. England star Jude Bellingham had given Dortmund the lead but a Stones rocket, and a stunning acrobatic effort from Halaand, gave the City the win.
byTayo Aderinola
No comments 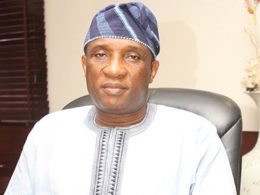 Lagos State Government, on Friday, charged residents to complement its year-round cleaning of all primary and secondary channels by regularly cleaning tertiary drains that run across residences.
byLateef Idris
1 share
1
0
0
No comments 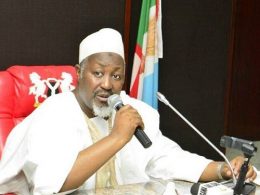 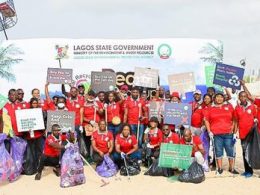 The Lagos State Environmental Protection Agency (LASEPA) has joined other environmentalists to clean up the Oniru Beach in commemoration of World Recycling Day, just as it called for clean practices among the people and the adoption of recycling for a more sustainable ecosystem as well as protection of the planet.
byLateef Idris
1 share
1
0
0
No comments