The National Association of Nigeria Students (NANS) has faulted the allegations of corruption against the reinstated Executive Secretary of the National Health Insurance Scheme (NHIS), Prof. Yusuf Usman.

The association said this in a statement on Friday in Abuja by its National Director of Health, Mr Chukwu-Ani John.
It said that the allegation was “deceptive and based on unsubstantiated evidence’’.

“We understand that the committee set up by the Minister of Health to investigate Prof. Yusuf was not independent.

“And that 20 out of the 23 allegations levelled against Prof. Yusuf were unsubstantiated with no reasonable evidence,” Chukwu said.

NANS pledged to support Usman in the fight to correct anomalies in the scheme in the interest of Nigerians.

Usman was suspended by the Minister of health, Prof. Isaac Adewole, on July 26, 2017, over alleged misconduct.

NANS also said in the statement that it has revoked the health essay competition tagged “If I were the Minister of Health”, in honour of Adewole.

It explained that the “deceptive and unsubstantiated allegation of corruption against the reinstated executive secretary of NHIS informed members’ decision to revoke the competition.

“The decision to revoke the naming of the competition is coming as we just observed that what we were initially told about corruption, and who is truly fighting it in the sector appears to be somehow deceptive,’’ NANS declared.

It, however, noted that about 850 Nigerian students participated from across the country in the revoked health essay competition which ended on Dec. 4, 2017.

According to the association, plans are still on to make “If we’re the Minister of Health’’ a yearly health essay competition. 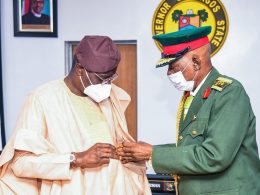 Lagos State Governor, Mr. Babajide Sanwo-Olu on Tuesday officially launched the emblem and appeal fund ahead of the January 15, 2022 commemoration of the Armed Forces Remembrance Day.
byLateef Idris
No comments 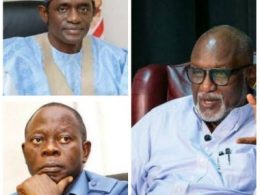 Why APC should Restore Its National Working Committee, other structures – Barr Ogala

Mr Babatunde Ogala, a Senior Advocate of Nigeria (SAN), has advised the All Progressives Congress (APC) to use the issues thrown up by the Supreme Court’s verdict on Governor Akeredolu of Ondo State to correct all mistakes. This is “by going back to that dissolution of its National Working Committee (NWC) and all democratically built structures and re-instate the democratically elected NWC members, and other structures of the party.” Adams Oshiomhole and his team were swept off and a caretaker committee was brought in.
byTayo Aderinola
No comments