In compliance with directive of President Muhammadu Buhari, the National Emergency Management Agency (NEMA) has deployed a team to provide humanitarian services to victims of floods in Benue state.

NEMA Director-General Mustapha Maihaja, made this known in a statement signed by Mr Sani Datti, Head of Media and Public Relations, in Abuja on Friday.

Buhari issued the directive on Thursday following the worrisome report of the situation of flooding in parts of Benue state.

Maihaja said that the immediate redeployment of the humanitarian team followed the directives of President Muhammadu Buhari to provide immediate assistance to flood victims in the state.

He said that the humanitarian team had been reinforced with another contingent headed by Air Commodore Paul Ohemu, Director, Search and Rescue.

He said that this was in addition to the officers of the North-Central Zonal Office of NEMA in Jos.

NEMA boss said they were to deliver immediate humanitarian assistance to the affected persons in the various locations and to assess the situation for further support.

He said that seven 30-tonne trucks had been despatched to the state and were due to arrive Makurdi on Friday.

Maihaja sympathised with the affected people and assured that NEMA would work closely with the state government in providing them with the necessary assistance.

The News Agency of Nigeria (NAN) reports that on Thursday President Buhari directed NEMA to deploy personnel and resources to provide succour to victims of flooding in Benue.

The flood allegedly displaced over 100,000 people in 12 local government areas of the state. (NAN)

The story of former Nigerian military Head of State, Ibrahim Babangida popularly known as IBB, has been documented…
byTayo Aderinola
No comments 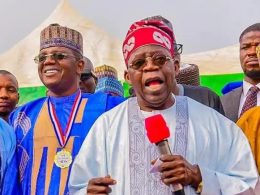 Bola Tinubu, the presidential candidate of the All Progressives Congress, APC, has promised to establish a gold refinery in Zamfara, toward addressing the state’s numerous challenges.
byTayo Aderinola
No comments 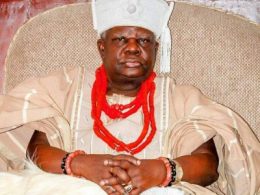 It is with great joy that I join the entire Ogu race worldwide, and the good people of Badagry to extend best wishes to our revered monarch; De Whenu, Aholu Menu-Toyi 1, the Akran of Badagry and the most prominent monarch of Badagry Division on the special occasion of his 85th birthday. This special day gives us an opportunity to personally thank you for the contributions you have made to the development, peace and tranquility we enjoy in the Badagry Corridor of Lagos State.
byLateef Idris
No comments