Acting President Yemi Osinbajo on Tuesday summoned the Inspector-General of Police, Ibrahim Idris and the Director-General of the Department of State Security, Malam Lawan Daura at the Presidential Villa, Abuja.

The News Agency of Nigeria (NAN) gathered that the two security chiefs, who arrived Aso Rock at different times, were to update the acting president on security developments including the blockade of the National Assembly by security officials.

The Inspector-General of Police was the first to arrive at about 12.35 p.m before the arrival of the DSS Director General at about 1.15p.m.

The Police and operatives of the Department of State Security (DSS) had on Tuesday, blocked the main gate of the National Assembly, preventing lawmakers and staff from gaining access into the complex.

The security operatives, however, later allowed the lawmakers access into the complex while journalists and other staff were barred. 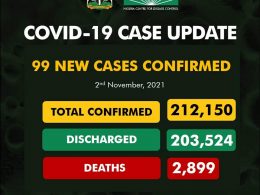 On the 2nd of November 2021, 99 new confirmed cases were recorded in Nigeria
byTayo Aderinola
No comments 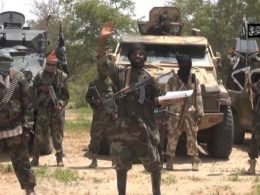 Boko Haram attempts to penetrate Buratai, the hometown of the former Chief of Army Staff, Yusuf Buratai, has led to a gun battle with military troops in the area, multiple security sources have said.
byLateef Idris
No comments

How FirstBank Employees are Making a Difference in their Immediate Environments Through the SPARK Initiative.

Every other day, social media brings us a picture or video of a dilapidated school somewhere in Nigeria or shares images of a distraught widow, a struggling roadside trader or street hawker or some other hapless victims of the extremely harsh realities of living in Nigeria. Immediately, as if on cue or automated, viewers launch into stinging attacks of government, public officials, the privileged class, and even Nigeria itself. The attacking mob wastes no time in calling for the government’s head or the heads of public officials with responsibilities in the jurisdiction or sector where the unfortunate sights surfaced from.
byTayo Aderinola
No comments