The Chairman of the Conference of Speakers of State Legislatures of Nigeria, Rt. Hon. Mudashiru Ajayi Obasa has commended the acting President, Professor Yemi Osinbajo, SAN, for his timely action on the invasion of the National Assembly by the men of the Department of State Security (DSS) on Tuesday.

Men of the DSS invaded the National Assembly and prevented staff and lawmakers from going into the complex early Tuesday morning.

Professor Osinbajo in a swift reaction ordered the sack of the DSS Director General, Lawal Daura for what the Presidency described as unauthorized action.

Rt. Hon. Obasa who is also the Speaker of the Lagos State House of Assembly described Professor Osinbajo’s action as very timely which has not only succeeded in cooling the already heated polity but has also brought credibility to the Federal Government both at home and abroad.

“The acting President has acted timely and this has confirmed that the Presidency has no hand in the invasion of the National Assembly. This has brought credibility to the government and show its sincere commitment to rule of law and justice,” the Chairman of Conference Speakers said.

The Chairman of the Speakers Conference further reiterated that he and his colleagues had warned in the communique issued at the end of their meeting in Lagos which ended in Lagos at the weekend that the Nigeria Police and in essence other security agencies should be more professional and apolitical in the discharge of their constitutional responsibilities by desisting from invading and occupying legislative houses in the country.

“This invasion, coming barely 48 hours after our meeting, is sacrligeous and inimical to the growth of democratic values and ideals because the Parliament is the anchor on which Democracy stands. Any attempt to desecrate it, will have negative lasting impact on Democracy,” he said. 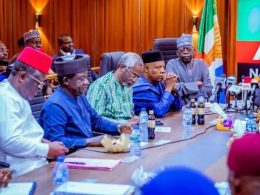 Senate adjourns till Feb. 19 to prepare for election

The Senate on Thursday adjourned plenary till Feb. 19, without considering the 2019 Budget. The senators would also…
byTayo Aderinola
No comments 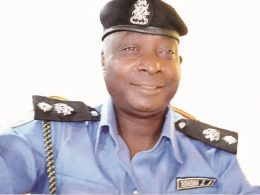 12 suspects arraigned in Lagos over the killing of Police Officer, Kazeem Abonde

The Lagos State Police Command has confirmed the arrest of 12 suspects in connection with the murder of a Chief Superintendent of Police (CSP), Kazeem Abonde.
byTayo Aderinola
No comments 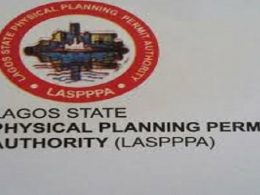 The Permanent Secretary, Ministry of Physical Planning and Urban Development, Engr. Abiola Kosegbe, has stated that available records of permits issued by the State will, henceforth, be accessible for public viewing through the MPP&UD Mobile App, available on Google Play and Apple Store.
byLateef Idris
No comments