Speaking at a press briefing to mark Y2017 World AIDS Day,  Dr. Temowo said this year’s theme “Right to Health: Making it happen” was a call on all policymakers, individuals and everyone within the society to respect the rights of every citizen irrespective of their health status.

He emphasised the need for policy implementation to focus on making the issue of stigmatisation a thing of the past.

World AIDS Day is celebrated on December 1st to remember those that had died of the scourge, those living with it and to take stock of various interventions as well as chart ways of ending it.

He said that LSACA will mark the Y2017 World AIDS Day with a “Walk for HIV” campaign and HIV Tests in some markets in the State, in continuation of HIV tests earlier conducted among members of some organisations including NURTW with the objective of achieving the set target of eradicating the virus in Lagos State by 2030, using the 90–90–90 initiative. 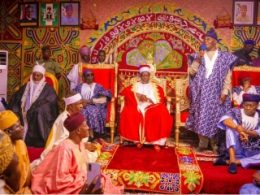 Presidential candidate of the Peoples Democratic Party (PDP), Alhaji Atiku Abubakar had urged the people of Nasarawa to vote the people in the 2023 polls as he will uplift the infrastructure in the state if voted into office.
byTayo Aderinola
No comments

Oluremi Olaleye, Rector, Lagos State Polytechnic (LASPOTECH), Ikorodu, on Saturday charged students of the institution to abide by its dress code and other rules and regulations in their best interest.
byLateef Idris
No comments

The Commissioner of Police, Lagos State, CP Hakeem Odumosu, has assured the good people of Lagos State of improved and sustainable synergy among security agencies for better policing of the state.
byLateef Idris
No comments 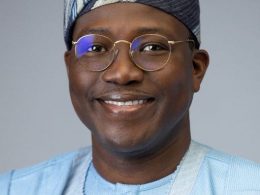 The Head of Service, Lagos State, Mr. Hakeem Muri-Okunola, has implored Senior Public Servants in Lagos State to share valuable knowledge and experiences with upcoming officers in the public service and students in tertiary institutions to enrich professional practitioners within respective sectors in Lagos State and the Nation.
byLateef Idris
No comments