The national leader of the All Progressives Congress (APC), Asiwaju Bola Tinubu, says late Kofi Annan will be remembered for his remarkable role in ensuring stability of democratic governments in Africa.

The Kofi Annan Foundation said the former UN boss, who won the Nobel Peace Prize in 2001 for humanitarian work, died in Switzerland, after a brief illness.

According to him, Annan was Africa’s gift to the world and a wonderful servant to the international community.
”The death of former Secretary-General of UN, Mr Kofi Annan, in Bern, Switzerland today, August 18, 2018, is a loss to Africa and the entire world because of all that he represented.

“In his lifetime, Kofi Annan distinguished himself as an international statesman, global icon, finest diplomat and tireless champion of human rights for all.

“His time at the UN was also remarkable for his role in ensuring stability of democratic governments in Africa and intervention in conflict resolution around the world aimed at achieving world peace.

“His diplomatic achievements, both before or after becoming the UN Secretary-General, are legion, ” he said.

Tinubu said late Annan spearheaded several initiatives on Africa, including his chairmanship of the Africa Progress Panel and the Alliance for a Green Revolution in Africa (AGRA).

“Specifically, he will be remembered for his important contributions to the fight against HIV/AIDS epidemic, particularly in sub-Saharan Africa.

“Also, he will be remembered for his commitment to defending vulnerable populations the world over, demonstrated by his key role in the development of the UN’s epoch-making Responsibility to Protect doctrine.

“He provided leadership in developing the Millennium Development Goals, which made poverty eradication an achievable global imperative.

”He lived true to his reputation and recognition as Noble Peace Prize Laureate because he was an advocate of world peace and development throughout, ” he said.

Tinubu said Annan would be missed by all.

”He was also a loving husband and a doting father. He will be sorely missed, not only by his close family and friends, but by all Africans at home and in the Diaspora.

”On this day of his passing, I pay tribute to Kofi Annan, a truly modern statesman and an exemplar for all Africans who adhere to the principles of democracy, rule of law and justice for all.

”May his soul rest in perfect peace,” Tinubu said. 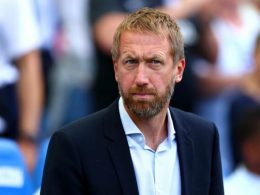 Chelsea have appointed Graham Potter as their new manager on a five-year contract, with the former Brighton & Hove Albion boss taking over from the sacked Thomas Tuchel, the Premier League club announced on Thursday.
byLateef Idris
No comments

Lagos Task Force not involved in death at Oshodi

The Lagos State Environmental and Special Offences (Enforcement) Unit (Task Force) was not involved in the death, today, of a young man at Oshodi as being falsely reported on the social media.
byLateef Idris
No comments 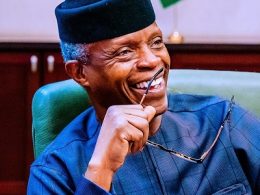 A human rights lawyer, Chief Gabriel Giwa-Amu, said Vice-President Yemi Osinbajo’s initiatives when he was Attorney-General and Commissioner for Justice in Lagos State saved many inmates at various correctional centres in the state.
byLateef Idris
No comments