The Department of State Services(DSS) said some dark forces in the society are fuelling a series of speculative reports about its internal affairs, with the aim of bringing it in collision with the Federal Government.

It was the first time that the secret agency was reacting to the flurry of speculative reports in the media about its affairs. The various uncorroborated reports have ranged from the recall of the sacked DG, Lawal Daura and some reorganisation allegedly made by the acting DG, Matthew Seiyefa.

In a statement on Tuesday, the DSS frowned on the various speculations and slammed them as unhealthy for the service and the nation.

`”These speculations, to say the least, are unhealthy for the Service and indeed, Nigeria. The DSS has undoubtedly remained a committed Service with focus on the stability and security of the nation”, DSS spokesman Peter Afunanya said.

” Over the years, the Service has been known to be both a strategic stabiliser and a unifying factor in the Nigerian project.

“It therefore deserves and desires to be focused and supported by all stakeholders to play the expected role in a democracy. Only a professionally driven DSS can support and consolidate Nigeria’s democracy.

“Though Intelligence Services world over operate covertly, it is also held accountable in a democratic practice. To accomplish this, they design strategic alliances with partners and stakeholders. The media is one of such partners.

“Held in utmost respect, the media is called upon to report issues of national security with caution to avoid a breach of peace. No deliberate effort should be made by self serving interests to bring the Service to ridicule. No country or its media can afford to undermine their own security forces because of the dire consequences that portends.

“The Service, as an institution of Government will continue to carry out legitimate orders; support democratic institutions; respect the rule of law and protect the citizens in line with global practices and Standard Operations Procedures (SOPs) in Intelligence gathering and law enforcement. Dark forces should not bring the Service into a collision with the Government it is meant to diligently serve.

” The Service is undaunted and will pursue noble goals only meant to uphold integrity in security and intelligence governance.

“This is a global trend for accountability. Its personnel across the Commands and Formations have been enjoined to be calm, loyal and united in the discharge of their duties as the Service has remained of the few Institutions in the country that has exhibited unquestionable oneness and commonality of purpose in advancing the interest of the Nation”. 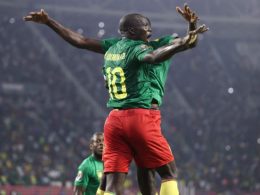 Hosts Cameroon set up an Africa Cup of Nations quarter-final against Gambia but only after labouring to a 2-1 win over a Comoros side who were forced to start an outfield player in goal and played most of Monday’s game with 10 men.
byTayo Aderinola
No comments 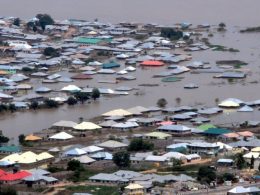 Flood: Buhari may clash with NASS over ecological fund

A face-off between members of the National Assembly (NASS) and the executive arm of the Federal Government is imminent following alleged failures of the government in checking the menace of perennial flooding that has caused loss of lives and property across the country.
byTayo Aderinola
No comments 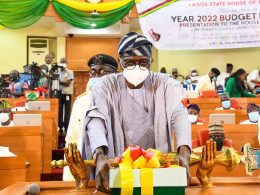 The Lagos State House of Assembly (LSHA) on Wednesday evening passed the Y2022 budget estimate with a slight increase of the grand total from the initial N1.38 trillion to N1.758 trillion.
byTayo Aderinola
16 shares
16
0
0
No comments 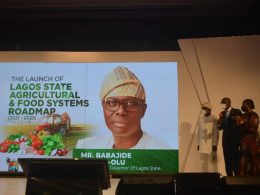 Lagos State Governor, Mr. Babajide Sanwo-Olu, has projected that the total investments in the agricultural sector in the State would run to $10B in the next five years with the formal launch of its five-year Agricultural and Food Systems Roadmap, adding that most of the investments would be private sector-driven while the government acts as the catalyst and enabler.
byLateef Idris
No comments