The Lagos State Government has urged motorists in the State to embrace the online platform services, in addition to those provided at the State Motor Vehicle Administration Agency (MVAA) registration centres, to ensure fraud-free motor vehicle registration and documentation in Lagos.

According to him, the Agency has 98 Motor Vehicle Registration Centres across the 20 Local Governments and 37 Local Council Development Areas of the State to cope with vehicle registration issues, adding that the centres were strategically located to boost efficiency and effectiveness as well as guard against issuance of fake vehicle licence and documents in the State.

The MVAA boss explained further that the Agency has a Vehicle Number-Plate Production Plant that can cope with peoples’ demand at any given period and within the shortest period of time, noting that this has prevented a shortage and ensured a consistent supply of the plates in the State.

He advised motorists to stop patronizing touts who may defraud them and complicate the vehicle registration process, adding that the Agency has also simplified its activities making it possible for anyone to verify the authenticity of his number plate and documentation on the Agency’s website www.lsmvaapvs.org.

Lawal added that the official rate for obtaining a 3-year drivers’ licence is N6,000 while the cost for obtaining the other with 5-year life span is N10,000 only. 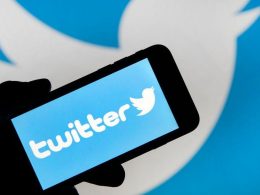 Five non-governmental organizations and four journalists have filed a suit against the Federal Government at the ECOWAS Community Court of Justice in Abuja asking it to declare the indefinite suspension of Twitter in Nigeria a violation of their human rights under international law, order the Government to immediately rescind the suspension order, and compensate them for the violation of their rights.
byLateef Idris
No comments

Osinbajo is why we are impacting Nigeria – Google