The Lagos State Government has urged residents and all stakeholders in Ifako-Ijaiye Local Government as well as other local government and local council development areas to cooperate with it (the government) on its Cleaner Lagos Initiative.

Speaking at a stakeholders’ meeting with Community Development and Residents Associations as well as waste collection operators in the area, the Commissioner for the Environment, Mr. Babatunde Durosinmi-Etti stated that the call became pertinent as all hands must be on deck to enable the government to realize its goal of a cleaner and sustainable environment.

He said further that the stakeholders’ engagement will examine the role of all stakeholders in the implementation of environmental sanitation plans and programmes of Governor Akinwunmi Ambode led Administration.

He added that the interaction of the government with the people at the grassroots would afford them the opportunity of sharing matters of mutual concern regarding the environment.

The Commissioner also used the opportunity to implore the CDA members and residents of the community to source for a suitable land space where the government could build a Transfer Loading Station in the area to further ease the challenges of waste management.

Stressing the benefit of such station, the Commissioner said it will assist in improving the rate at which refuse was being carted away.

Durosinmi-Etti, therefore, urged everyone to cooperate with the government by desisting from indiscriminate dumping of refuse in unauthorized places and by being the vanguard of their environment as they are ultimate beneficiaries of a clean environment.

President Muhammadu Buhari has left Abuja for the Ethiopian capital of Addis Ababa, to attend the 33rd ordinary…
byTayo Aderinola
No comments 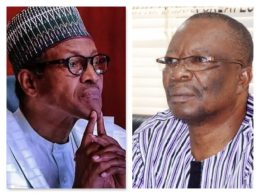 ASUU to meet with FG today, strike may be called off

The Academic Staff Union of Universities (ASUU) is scheduled to meet with representatives of the Federal Government today over its prolonged strike action.
byLateef Idris
No comments 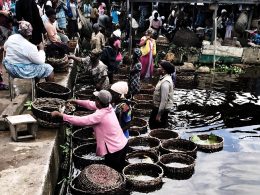 A member of the House of Representatives, Mr Wale Raji, said that the Federal Government has earmarked funds for the rehabilitation of the Epe fish market in Lagos State.
byLateef Idris
No comments

A young Nigerian, Miss Adjwoa Awe, 15 years of age has been honoured with The Diana Award for…
byTayo Aderinola
No comments