They made the assertion at a Dinner Forum with Corporate Sector on Mobilising Domestic Resources to End TB in Nigeria”, in Lagos on Sunday.

According to Lawson, the challenge of TB in Lagos State is associated with large population and poor living conditions of those living in congregate settings with low awareness of TB.

He described TB as an airborne disease, which makes it infectious to all categories of people, irrespective of age, sex, ethnicity, class or religion, since we all breathe the same air.

“It is the leading cause of death in adults globally of all infectious diseases.

“The WHO estimates that no fewer than 1.6 billion people, about a third of the world’s population, are infected with TB.

“Of these, 9.6 million developed clinical TB in 2017 and the disease killed about 1.6 million people that year, compared to 1.2 million killed by HIV, 95 per cent of these occurring in the developing world with the majority in Sub Saharan Africa.

“However, of the estimated 9.6 million infected, only six million (63 per cent) were reported to WHO with a loss of about 37 per cent,” Lawson said.

He called for increased funding and commitment to reduce the scourge.

“We hope that at the end of this meeting, those of us here will be better enlightened and more committed to fight the war against TB.

“Unfortunately, at the current rate of TB decline, which is at 1.5 per cent, it will require a remarkable increase of over 10 per cent of funding by 2025 globally if we are to meet the target by 2030.

“TB can be eradicated with the required political will and adequate funding.

“The corporate sector- financial, manufacturing, telecommunications, oil and gas companies, have a critical role to play through their corporate social responsibility (CSR) to support efforts to end needless deaths from a curable disease affecting our dear county.

“Private sector funding from these organisations will be needed to make up the deficit in funding,” Lawson said.

He said that funding was needed for awareness programmes, well equipped DOTs centres with GeneXperts, at least in each local government area, improved socioeconomic standards and availability of TB drugs.

Goncalves, who also represented Gov. Babajide Sanwo-Olu of Lagos State, said: ” We need to take deliberate steps to reduce the spread of tuberculosis to help reduce putting the healthy population at risk.

“l commend Stop TB Partnership for their commitment in the goal of ending TB and specifically for its unrelenting involvement in the control and management of TB in Nigeria.

“In Lagos State, we are doing everything possible to stem the tide of the deadly and infectious disease.

“As a state, ranking highest in the number of TB patients in Nigeria, there is a need for drastic and urgent action to check the spread otherwise, our 22 million population may become fertile ground for the pandemic.”

According to her, the Lagos State Government has been making efforts toward curtailing the spread of TB.

“Toward this goal, we have developed strategies for the control, detection and treatment of TB in Lagos State.

“Within 16 years, the number of TB treatment centres in Lagos State has increased from six to over 1,008.

“We, however, need to step up our efforts as these facilities are inadequate, given the rate of population growth to stem TB spread in the state,” she said.

Goncalves identified the urgent need for strategy in partnership with the private sector to put an end to the dreaded TB which was estimated to reach an outbreak of four million cases by 2020.

She appealed to business leaders, corporate, financial and oil and gas organisations to partner with Lagos State Government, stakeholders and relevant organisations like StopTB partners in Nigeria to mobilise the needed resources toward ending the scourge of TB.

Obatoyinbo pledged the parties’ support for actions to address TB in the country.

The News Agency of Nigeria reports that climax of the event was the investiture of Dr (Mrs) Ibijoke Sanwo-Olu, Wife of Gov. Sanwo-Olu as the TB Champion for Lagos State.

Lagos State Governor, Mr. Babajide Sanwo-Olu, has extended financial support to families of persons living with cerebral palsy and down syndrome in the State.
byLateef Idris
No comments 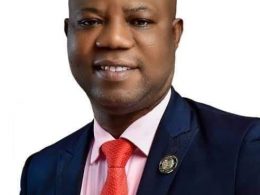 Special Adviser to the Lagos State Governor on Tourism, Arts and Culture, Mr. Solomon Bonu, has assured investors in the tourism, arts and culture industry of harmonisation of taxes and more investment opportunities.
byLateef Idris
No comments 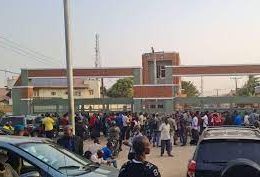 The Lagos State Attorney General and Commissioner for Justice, Moyosore Onigbanjo (SAN), declared as illegal, the invasion of Magodo Phase 2 Estate in the Shangisha area of the state on Wednesday by suspected land grabbers and some policemen.
byTayo Aderinola
No comments 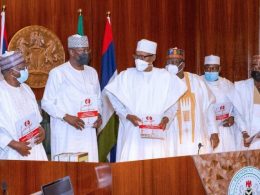 President Muhammadu Buhari Friday in Abuja admonished the Economic and Financial Crimes Commission (EFCC) to avoid being used for partisan politics, or get dragged into personal disputes.
byLateef Idris
No comments