The Lagos State Government will embark on execution of over 250 grassroot self-help projects across the 20 Local Governments and 37 Local Council Development Areas, LCDAs of the state.

According to the Special Adviser to the Governor on Communities and Communications, Hon.Akeem Omoyele Sulaimon who disclosed this on Monday 19th February 2018 at a stakeholders’ meeting with Community Development Associations,( CDAs) in all the 57 councils held in Alausa, Ikeja, Lagos, Southwest Nigeria.

He said the governor was bent on taken development to the grassroots as part of inclusive governance policy thrust of the present Administration, ‘ Communities in the 57 councils would be assisted in executing self-help projects, adding that about four to five self-help projects would be executed in each of the 57 councils across the state based on the numbers of CDAs in each of the Local Government/LCDAs” He disclosed.

Sulaimon stated that the essence of the meeting was to look at the self-help projects the communities could execute with the help of the government, saying that Governor Akinwunmi Ambode had vowed that all councils in the state must be touched and be made to feel the impact of government.
According to him, the projects would be funded by government to complement the efforts of the people at the grassroots.

He also informed them that they should take ownership of the181 roads project, as the contractors have started moving to the sites. There is need for the communities to monitor the projects .
Senior Special Assistant to the Governor on Community Affairs, Alhaji Tajudeen Quadri disclosed that there were about 3,900 CDAs and 57 Community Development Committees, CDCs in the state, saying that the governor had been so passionate about impacting on grassroots dwellers in the state.
According to him, assisting the communities to execute a minimum of four self-help projects would be beneficiary to the people at the grassroots.
“The governor said he wants to run an inclusive government and these are projects that affect the lives of the people and are beneficiaries to the CDAs,” he said.

However, all the CDAs executives who spoke at the event attended by thousands of CDA members praised Ambode for the kind gesture and also commended him for involving in his government saying that they had endorsed him for a second Term in office due to his excellent performance in infrastructural execution.
Also present at the occasion were the Permanent Secretary in the Ministry, Mr.Fola Padonu and Members of the Community Development Advisory Council. 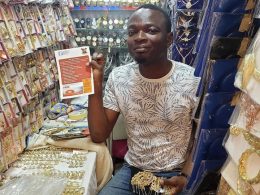 The Lagos State Public Advice Centre (PAC) has embarked on a sensitisation campaign across the Lagos metropolis to educate residents on the activities of the centre, especially its free legal services.
byLateef Idris
15 shares
15
0
0
No comments

LASG to build more schools for growth of education

As part of the efforts to encourage more enrolment of school-age children to promote the growth of education, reduce child abuse and other related cases, the Lagos State Government has expressed its readiness to build more schools to make education more accessible to the people.
byLateef Idris
No comments 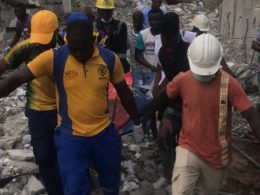 President Muhammadu Buhari has commiserated with families who have lost loved ones in the 22-storey building collapse in Lagos, while some are still trapped.
byLateef Idris
No comments 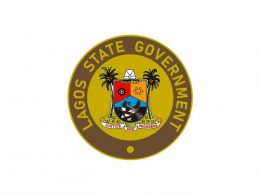 Following the flash floods which ravaged the Ahmadiyyah/Ijaiye axis of the Lagos Abeokuta Expressway on Sunday, the Lagos State Government, on Tuesday, called for the prompt completion of the ongoing expansion of the drainage culvert along the highway.
byLateef Idris
No comments