The Lagos State Government says it will soon unveil its Tourism Master Plan to give direction to the development of tourism in the state.

The Lagos State Commissioner for Tourism, Arts and Culture, Mr Steve Ayorinde, made the disclosure at the official opening of 14th edition of Akwaaba Travel and Tourism Fair in Lagos on Sunday.

Ayorinde, represented by the Permanent Secretary of the ministry, Mr Femi Adeyemi, noted that tourism had become a major source of revenue and employment in many countries.

He said: ”The Lagos State government hopes to leverage on the unique opportunities provided by the expo to reach out to major tourism stakeholders in the continent and market Lagos as a choice and must visit destination in Africa and the world.

“Also, in a bid to have a document that gives direction to our tourism development, the state government will be unveiling the Lagos State Tourism Master plan later this month.

“This will help in giving legal backings to all our efforts in developing the tourism sector of the state and making Lagos the preferred destination for business, leisure and entertainment.”

The commissioner commended Mr Ikechi Uko, the organiser of the three-day event, for his foresight and resilience in sustaining the travel and tourism expo, which was endorsed by the United Nations World Tourism Organisation (UNWTO).

Also speaking, Otunba Olusegun Runsewe, the Director General, National Council for Arts and Culture (NCAC), said Akwaaba had emerged as the biggest travel and tourism fair in West Africa, attracting participation of stakeholders from all over the world.

“Indeed, the annual travel and tourism fair has become a veritable platform for stakeholders in the industry to meet, network and exchange ideas on global best practices within the sector.

“Each edition of the fair comes with fresh and highly innovative components that give the fair its unique and spectacular effects,” Runsewe said.

He said that during the event, NCAC would be offering free skill acquisition training on bead making, soap making , fabric painting among others, adding that the participants would also be issued certificates.

Earlier, Uko expressed his appreciation to the people that made the event a successful one.

He said that the idea of the fair was to bring the world to Africa. 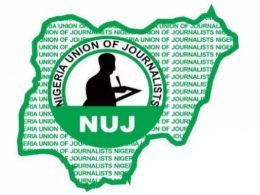 The Nigeria Union of Journalists (NUJ), Ondo State Council, has declared seven days of mourning to honor a departed colleague, Olubunmi Afuye, who was killed on Thursday when armed robbers stormed a bank.
byLateef Idris
No comments 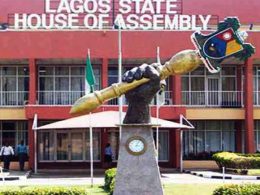 Lagos State Commissioner for Tourism, Arts and Culture, Mrs. Uzamat Akinbile-Yusuf will on Wednesday, 30th of March, 2022, lead some members of the State House of Assembly and Lagos State Executive Council, Ministry officials, as well as other stakeholders on a three-day tour of tourism sites across the five divisions of Lagos State.
byLateef Idris
No comments 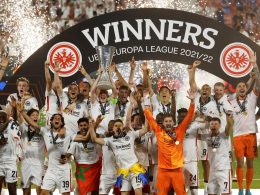 Eintracht Frankfurt beat Rangers 5-4 on penalties to win the Europa League after Wednesday’s final in Seville finished 1-1 at the end of extra time.
byLateef Idris
No comments 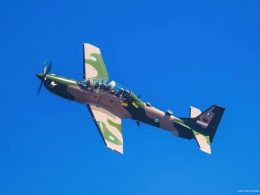 The injection of the six newly arrived A-29 Super Tucano jets that were procured will certainly raise the tempo of the ongoing counter terrorism war in the Northeast, Military sources have disclosed.
byTayo Aderinola
No comments