Akingbehimi  spoke this at the awards for the West Africa Health Examination Board (WAHEB) Registrar, Mrs. Gladys Nchelem Ihunda in Lagos.

The awards were given by the National Association of Kwara State Students; Environmental Health Officers Tutors Set 2013; and All African Students Union (AASU).

Akingbehimi said the government had been holding meetings with stakeholders to ensure a cleaner Lagos.

“Governor Akinwunmi Ambode has been working and modifying  models to tackle the plethora of dirt across the state.

“The mountainous heaps of refuse are being cleared, bringing about reduction of dirt. Series of meetings with environmental professionals have forged a strategy to get the dirt out of the streets. In fact, Governor Ambode has evaluated the situation, and given a directive that the streets must be ridden of the refuse and dirt.

Akingbehimi said the implication of non-refuse disposal include outbreak of communicable diseases, “dirt bacteria may cause gastrointestinal, wound, skin, and respiratory tract diseases. Proliferation of vectors can also happen. These are rodents that are vector of communicable diseases. If refuse is not properly handled,  they have a hidden place to live, and increase in the society’’.

He called on teachers to double up their efforts to their students by teaching them excellently. “This is because when they are half-baked, they would not be able to solve any problem in the society. This would boil down to what they imbibed in school. Sanitarians across the state are good, and they are up and doing,” said Akingbehimi, adding: “Mrs Ihunda’s tenure has really been impactful on both the tutors and the students as she brought about pragmatic changes in WAHEB. She is the first female, and sixth Registrar of WAHEB, her tenure recorded high scores”.

The recipient, Mrs Ihunda said she was happy that she had brought some standards to the board.

“I was never a tutor and my appointment was kicked against by them. That I am receiving an award from them represents that indeed I have performed.

“My challenge to the tutors is simple – train the students very well. These students are being trained to manage environmental health sector, not only in Nigeria, but in the five Anglophone African countries in West Africa -The Gambia, Sierra Leone, Liberia, Ghana, and the most populous African country Nigeria – as well as a part of Cameroon, that are separated by Francophone countries, South Sudan, and a large continuous area in Southern Africa and the African Great Lakes.

‘’So, this Board cannot afford to push put ill-trained people because it is the health of the larger society that will be affected. There was ‘no garbage in, garbage out’, at all under my leadership.

“I demanded that quality training should be given to the students so that the lives of our people can be enhanced, or else everybody’s health will be in jeopardy. With a good footing in sound training by the students, everybody can be rest assured that despite the emerging environmental issues we face in the west coast, we are able to surmount same.

“People have tried to cut corners, they failed. WAHEB is now dynamic. Sanitarians are urged to train without compromise. I appreciate all the awards as I did not even know the donors,” said the awardee. 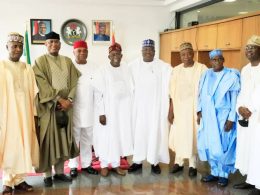 The All Progressives Congress (APC) Senate Caucus has declared their support for the presidential ambition of the National Leader of the Party, Asiwaju Bola Ahmed Tinubu.
byTayo Aderinola
1 share
1
0
0
No comments Contrary to reports that the presidential candidate of the ruling All Progressives Congress APC, Asiwaju Bola Tinubu was denied a visa by United Kingdom authorities, the APC Presidential Campaign Council PCC said its candidate is already off to London.
byTayo Aderinola
No comments 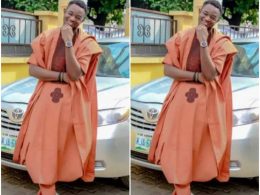 The Police in Lagos State have arrested four persons who allegedly carried out jungle justice on one David Imoh, 38, at Lekki Phase One area of the state.
byLateef Idris
No comments 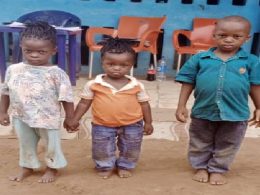 Lagos State has urged daycare owners and caregivers at preschools to prioritise the health and safety of children in their care.
byLateef Idris
No comments