In line with its rules, the Lagos State House of Assembly on Tuesday removed the identification tag of the late member, Mr Kazeem Alimi, from his seat in the chambers of the House.

The House resume from its nine-week break during which the lawmaker died.

Alimi died on July 18 at the Lagos State University Teaching Hospital (LASUTH) during a brief illness and was buried on July 19, two weeks after his 50th birthday.

The lawmaker, who represented Eti-Osa I, was the Chairman, House Committee on Local Government and Community Affairs.

The House dedicated the business of the day to eulogising the late lawmaker as members took their turns.

The assemblymen, who described Alimi as gentle, humble and achiever, commiserated with his family and the constituents.

The Majority Leader, Mr Sanai Agunbiade, moved the motion for the removal of the lawmaker’s tag and was seconded by a member, Mr Victor Akande, the Chairman, House Committee on Central Business District.

Agunbiade declared: “With heavy heart, I move that the name tag of Hon. Alimi be removed from where he sits and be handed over to the Clerk of the House.”

The Speaker, Mr Mudashiru Obasa, who presided over the plenary, noted that the House did all it could to save Alimi’s life.

“We did all we could to save Alimi’s life but we lacked what it takes to bring him back to life. We did our best as humans.

“We remember his good deeds; he was an embodiment of humility. You hardly heard him speak, all you see was smiles as if the smile had been constructed on his face.

“He was loyal, dedicated and dutiful,” he said.

Obasa, who however, promised that the House would support his family members, advised his colleagues to learn from the death of Alimi by being good to others.

The Independent National Electoral Commission (INEC) in Lagos State has fixed Sept. 30 for the by-election to fill the vacant seat.

Why I’m urging FG to open up Badagry -Sanwo-Olu

LAGOS State governor, Babajide Sanwo-Olu, at the weekend said the reason the state government has been appealing to the federal…
byTayo Aderinola
No comments 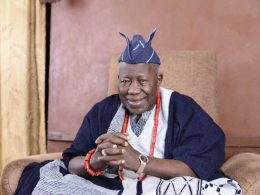 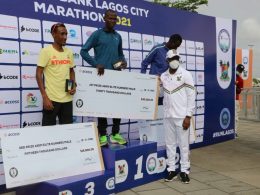