In a bid to step up its campaign against all forms of drug abuse, the Lagos State Government on Tuesday said it has concluded plans to stage a 1000-man walk against the scourge and raise awareness on its inherent danger especially among youths.

Commissioner for Youth and Social Development, Mr. Agboola Dabiri who disclosed this while addressing journalists at the Bagauda Kaltho Press Centre in Alausa, Ikeja, ahead of the launch of a rigorous and renewed campaign under the acronym, Lagos State Kicks against Drug Abuse (LASKADA), said the Government was leaving no stone unturned in its effort to dissuade youths who are prime victims of the practice.

According to the Commissioner, the campaign will adopt a tripod approach including events, engagements with stakeholders and awareness campaign, adding that it would be flagged off by a 1000 man symbolic walk against drug abuse in the State.

He said the walk, which will hold on Thursday, June 21, would commence from Ikeja Bus Stop- under the bridge and would terminate at the Blue Roof, LTV, Agidingbi, where the official launch of LASKADA would take place.

“What we want to do on Thursday is to launch this campaign and show that we are ready for war against all forms of drug abuse. Once we launch out, we are going to have series of activities on various platforms and we will employ every avenue to ensure that the campaign gets to the nook and cranny in the State,” he said.

Dabiri added that the campaign will also involve a stakeholders’ sensitization session to deliberate on the menace and proffer likely intervention to tackle the issue holistically.

“The stakeholders will include parents, youths, professional bodies include Pharmacists, NDLEA, psychiatrists, traditional medicine board, patent medicine sellers, NURTW, Tricycle and okada riders unions and a communiqué will be issued at the end of the session.

He said the campaign train will also move to primary, secondary and higher institutions as well as to the communities adding that it would be implemented in collaboration with the Lagos State Youth Ambassadors, Lagos State Youth Parliament and NGOs in their immediate community.

Besides, the Commissioner said that mosque, churches and faith based organization will be implored to dedicate a day to enlighten worshippers on drug abuse and canvass support for the fight against the menace.

“The youth group is the largest population in Nigeria, particularly in Lagos State and this segment is considered the most vulnerable group as far as drug and alcohol issues are concerned. Thus, their health and optimal development is critical to national development agenda and deserves significant attention. Drug abuse is real and we should not fold our arms and watch the scourge continue, partner with us and lets all say “No to Drug Abuse”, Dabiri said.

In a related development, Wife of Lagos State Governor, Mrs Bolanle Ambode said women must use their strategic position as builders of the home-front to adequately fortify their children and wards with right virtuous to stem the tide of rape and teenage pregnancy in the society.

Speaking at a special Lagos Women Forum put together by her office held at Police College in Ikeja, the wife of the Governor said as coordinators of the family unit, women have the responsibility to bring up their children in most decent ways and be good examples to them.

She said young girls who suffer abuse and become pregnant stand the risk of medical complications, stressing however that conscious effort must be made in their upbringing to achieve the desired results including early enrolment in school, sound moral lessons and exposure to the ways and things of God.

Besides, Mrs Ambode expressed concern over the disturbing trend of domestic violence against women which sometimes result in deaths, saying it was time for women to come together and jointly speak out against the menace.

“By publicly speaking out against domestic violence, together we can challenge attitudes that breed violence in the homes and everywhere. We must insist that domestic violence is a social crimes and not acceptable in our society. That is why we have brought seasoned speakers, to talk to us on issues of social menace, and our expected roles as mothers and home builders.

In her keynote address, Lagos State Deputy Governor, Mrs Idiat Adebule commended the wife of the Governor for the initiative to gather women together for the purpose of enhancing their welfare and health, saying the strategic importance of women in the society could not be overemphasized.

She said women should no longer be stereotyped into silence but rather become vocal advocates for improved health delivery system and social justice, adding that the womenfolk also have the responsibility of investing and increasing access of more girls and women to good health, quality education, and as well ensuring that laws respect and ensure the rights of women are enforced.

The Deputy Governor, who is also overseeing the Ministry of Education, said as part of efforts to protect the future of girls who are abused, the State Government recently established a special school for people in such category to have another opportunity to be educated.

“We have equally established the alternative school for the girls who, in the course of their lifetime, get pregnant and could not continue their education. Our government has provided that particular school for them to have a second chance in life,” Adebule said.

Lagos State Governor, Mr Babajide Sanwo-Olu on Tuesday has presented a budget proposal of N1.154trn for Y2021 to…
byTayo Aderinola
No comments 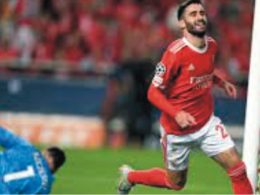 Benfica’s Rafa Silva scored two superb goals as they edged Juventus 4-3 in a thriller at Estadio da Luz on Wednesday to seal a place in the knockout stages of the Champions League and end the Italian club’s chances in this year’s competition.
byTayo Aderinola
15 shares
15
0
0
No comments 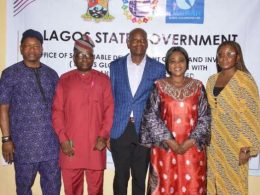 The Lagos State Office of Sustainable Development Goals and Investment has trained 4,500 members of the Lagos State Volunteer Corps (LSVC) on effective execution and delivery of sustainable projects.
byLateef Idris
No comments 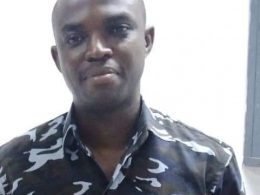