The Lagos Citizens Mediation Centre, CMC, says it has resolved 8,000 dispute cases that should have gone to court in the last six months.

Director, CMC, Omotola Rotimi disclosed this at the weekend at an In-house Training organised for staff of the CMC to further re-orientate them on the changing trend in mediation matters as obtained locally and internationally.

Rotimi, in an interview with newsmen in Alausa, Ikeja, in Lagos, Southwest Nigeria during the event, said the CMC received 14,000 cases in the last six months, out of which 8,000 had been successfully resolved.

She also disclosed that the centre had recovered N680 million for its clients in the form of insurance and others through mediation between January and June of this year.

Omotola, however, thanked the facilitators for their in-depth and well-researched papers, adding that the staff of the CMC were better equipped for the challenges ahead and better resolve disputes as brought before the Centre.

The Solicitor-General and Permanent Secretary, Lagos State Ministry of Justice, Mrs. Funlola Odunlami re-stated the commitment of the state government to continually deliver quality judicial services to the residents of the State through training and retraining of the workforce.

Odunlami charged all staff of the Centre to be conversant with the judicial service delivery policy of the present administration, noting that the training was put in place to hone the mediation skills of mediators and reduce unenforceable Memorandum of Understanding for better service delivery to users of the Centre.

She stated that since peaceful co-existence was pivotal to the economic growth of any government, Lagos, being the hub of socio-economic activities of the nation, would continue to place high premium on the promotion of a peaceful atmosphere.

“To effectively mediate over issues, it is compulsory for the mediators to be well-grounded and equipped with knowledge of relevant laws guiding their operations. A good knowledge of the Lagos Tenancy Law, the Child Rights Law and other relevant laws are indispensable to a mediator,” Odunlami added.

The Solicitor-General admonished the trainees to avail themselves of the opportunity provided by the training, stressing that the calibre of facilitators for the training were well researched as they are seasoned professionals with vast experiences in mediation.

Speaking, Chairman of the CMC Governing Council, Justice Oluyinka Gbajabiamila (Rtd.) who was represented by Mrs. Yinka Odukoya, commended the state government for investing in human capital through continuous training and retraining of its staff to meet up with international standards.

The Lagos State Judicial Panel of Inquiry probing the alleged killing of End SARS protesters by soldiers at the Lekki tollgate in October 2020, has approved the reopening of the toll plaza.
byTayo Aderinola
No comments 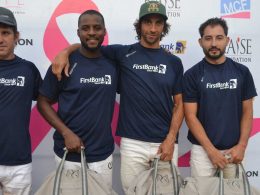 At First Bank’s Pink Polo Tourney, charity had its way

When the 2022 edition of the yearly FirstBank-sponsored Emir of Zazzau African Patrons Cup polo tournament galloped to a screeching halt in Kaduna last weekend, many fans, who thronged the venue to watch their favourite players, could not help but commend the sponsors’ love for charity.
byTayo Aderinola
1 share
1
0
0
No comments

As the second round of the eight-week warning strike embarked upon by members of the Academic Staff Union of Universities, ASUU, ends on Monday, the union is poised to go on an indefinite industrial action, Vanguard has gathered.
byLateef Idris
No comments 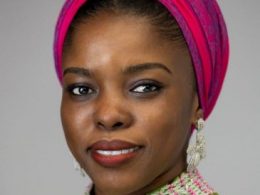 The Lagos State Commissioner for Agriculture, Ms. Abisola Olusanya, has inaugurated an 11-man Task Force on Veterinary Practice Premises in furtherance of its Red Meat Value Chain Transformation Agenda, just as she received the working team from the Veterinary Council of Nigeria.
byTayo Aderinola
No comments