The Lagos State Government on Sunday announced that it was working on 193 secondary and 42 primary Channels for dredging and cleaning in order to reduce the effect of flooding across the State.

Speaking with newsmen during the continuation of inspection tour of on-going dredging and cleaning sites of canals across the State, the Commissioner for the Environment and Water Resources, Mr. Tunji Bello said that work was ongoing at all the channels

He emphasised that there was zero tolerance for infractions on Drainage channels across the state and inspected the ongoing construction of a Secondary channel at Abraham Adesanya which would link up system 63.

Bello explained that the Osapa London/Ologbolo down stream channel constructed in Beach Resort Estate was planned to be a trapezoidal channel but was converted to Triangle channel as a result of encroachments on government drainage alignment which is close to the canals, adding that the Estate owners would bear the cost of the conversion.

The commissioner further stated that the shanties constructed on Igbokusu Channel alignment would have to give way latest by Thursday, stressing that such buildings hindered free flow of water.

He said that most flood challenges were man made, lamenting that people dumped wastes generated in their homes in canals and drainages and that these eventually disrupts the free flow of water.

Bello appealed to residents to desist from the arbitrary dumping of solid wastes into drainages and canals, and also desist from erecting buildings on drainage alignments in order to continuously sustain a flood-free Lagos.

He advised residents that still patronize cart pushers to refrain from the illegal act which constitutes an offence, but should always ensure they dispose their wastes through approved PSP Operators.

Also speaking , Special Adviser to the Governor on Drainage and Water Resources, Engr. Joe Igbokwe, said those encroaching on canals right of way had always constituted a major challenge in the state Drainage maintenance, adding that they kept going back after being dislodged.

He advised all residents to ensure that their environment was kept clean at all times and free from water stagnation.

The commissioner and the Special Adviser, were accompanied by the Permanent Secretary, Engr Lekan Shodeinde and other directors from the ministry. 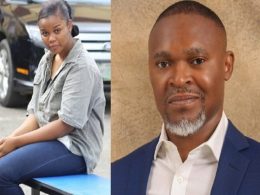 Illegible statements served on the defence counsels on Tuesday stalled the trial of Chidinma Ojukwu, at a Lagos High court in Tafawa Balewa Square (TBS).
byTayo Aderinola
No comments

The Lagos State Infrastructure Assets Management Agency (LASIAMA) has commenced the assessment of public infrastructures such as schools,…
byTayo Aderinola
No comments 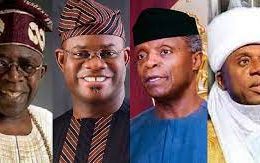 The National Working Committee of the All Progressives Congress on Wednesday wrote an open letter to the President Muhammadu Buhari, urging him to resist the temptation to foist a successor on the party.
byTayo Aderinola
No comments 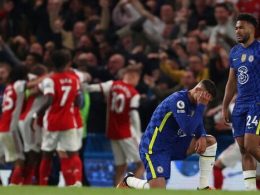 Eddie Nketiah boosted Arsenal’s bid for a top-four finish in the Premier League as the striker’s double inspired a dramatic 4-2 win against Chelsea on Wednesday.
byLateef Idris
No comments