Lagos appeals judgment restricting it from issuance of licenses on Lotteries, Gaming

The Lagos State Government has appealed the judgment delivered by the Federal High Court restricting it from issuance of licenses on lotteries and gaming in the state.

Western Lotto had filed an originating summons before the Federal High Court challenging the power of Lagos State Lotteries Board to issue licenses on Lotteries and other gaming activities within the territory of Lagos State.

The Lagos State Lotteries Board, dissatisfied with the judgment has appealed against it.

He stated further that Section 251(1) of the 1999 Constitution vested exclusive jurisdiction on the Federal High Court on only 18 major items relating to civil causes and other matters, which he said did not include gaming, casino and lottery.

He said the Lagos State Lotteries Board is an agency of government set up to promote, protect and regulate lotteries and other gaming activities in Lagos State.

Anibaba further encouraged all registered/licensed operators in the State and the general public to continue their business operations as usual and urged recalcitrant operators to abide with the gaming laws that operated in Lagos State. 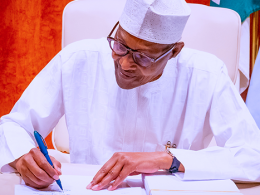 President Muhammadu Buhari has signed into law two important bills passed by the National Assembly thereby making them become part of the Laws of the Federation.
byTayo Aderinola
No comments

Leicester piled pressure on Ole Gunnar Solskjaer with a late goal spree in their thrilling 4-2 victory against troubled Manchester United on Saturday.
byLateef Idris
No comments 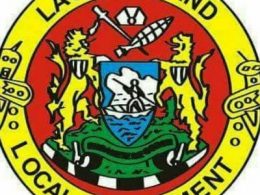 In a bid to deliver on his administration's drive for a cleaner Lagos, the Chairman of Lagos Island Local Government Area of Lagos State, Prince Tijani Adetoyese Olusi, has summoned all market leaders in Ebute-Ero Gorodom market after receiving the preliminary report of the sanitation corps.
byLateef Idris
1 share
1
0
0
No comments 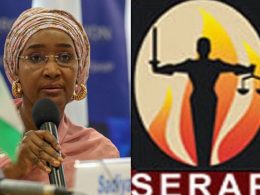 The Socio-Economic Rights and Accountability Project (SERAP) has sued the Federal Government, asking for details of the ₦729bn payment to 24.3m poor Nigerians across the country.
byTayo Aderinola
No comments