Former Lagos State Commissioner for Establishments, Training and Pensions, Babajide Sanwo-Olu, who is being tipped to take over from Governor Akinwunmi Ambode, has appointed directors and coordinators for his campaign organisation.

Confirming the list, Chairman of Agege Local Government, Mr. Kola Egunjobi, said: “I am very much aware of the list released by the aspirant.” 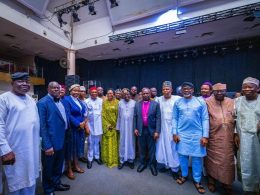 My historical support for the Church – Tinubu

The presidential candidate of the All Progressives Congress (APC) Asiwaju Bola Tinubu has offered insights into his previous support for the church in Nigeria.
byTayo Aderinola
No comments

Tinubu: Atiku can meet in Dubai or Jungle, but he won’t fly in 2019; insists Oshiomhole stays

The National Leader of the All Progressives Congress (APC), Asiwaju Bola Ahmed Tinubu, on Wednesday said he did…
byTayo Aderinola
No comments 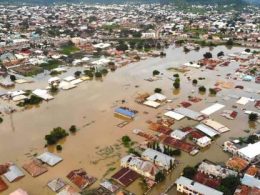 In a bid to ensure the well-being of the citizenry, the House of Representatives committee on Ecological funds has summoned the Director General of the Nigerian Governors’ Forum (NGF), Mr. Asishana Okauru to offer explanations over the alleged misapplication of ecological funds running into billions of naira.
byTayo Aderinola
No comments 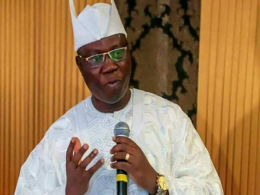 The Southwest Security Stakeholders Group, SSSG, has vowed that bandits and criminals will face their wrath if they do not stay away from the zone.
byLateef Idris
No comments