Kidnap kingpin complains about lack of food, water in prison

Kidnap kingpin, Chukwudumeme Onwuamadike aka “Evans“, has told the Lagos State High Court in Ikeja that he has not been fed well in prison.

Evans said the last time he was fed by the Nigerian prison authority was five days before his appearance in court on Friday, November 17, 2017 during the continuation of his trial before Justice Hakeem Oshodi.

“This is unfair, I have not been given food and change of clothes.  I was not given the opportunity to bathe since Wednesday. They locked us in one place, no food and no water to bathe. The last we were fed was when a wife of one of us brought food” he lamented.

Evans’ counsel Olukoya Ogungbeje, and Aduba’s lawyer, Emmanuel Ochai, also attested to the fact that their clients are being starved.

Ogungbeje sought permission to go buy food for his clients, pleading that only a living person can stand trial.

Ogungbeje said; “apart from being starved my lord, they are locked up in solitary confinement with no access to anybody. If this continues, they may not be in the right frame of mind to continue the trial”.

Having listened to the reactions, the presiding judge ordered the prosecutor, Ms. Titilayo Shittay-Bey, to investigate the accusation.

“The Director of Public Prosecution should please investigate these allegations. A defendant is innocent until he is proven guilty by a competent court,” he said.

The Lagos State Prosecutor, Shitta-Bey,  in her response told the court that the prosecution would promptly investigate the allegations.

The judge thereafter adjourned the matter until January 19, 2018, for cross-examination of the first witness and continuation of trial. 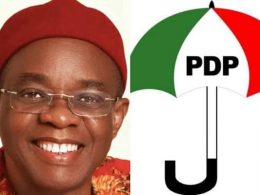 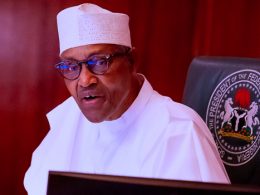 Buhari: ‘We are Nigerians and God willing Nigeria will remain one’

President Muhammadu Buhari Tuesday in Abuja urged political leaders to stay focused and uphold the ultimate objective of promoting the interest of the country, saying, “We are Nigerians, God willing we remain Nigerians, and Nigeria shall remain one.’’
byLateef Idris
No comments 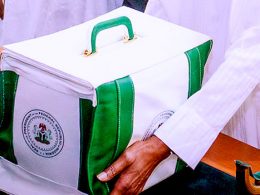 Barring any change, President Muhammadu Buhari is expected to present the 2023 appropriation to the National Assembly in September.
byLateef Idris
No comments