President Muhammadu Buhari will on Tuesday begin a four-day trip to the United Kingdom on medical vacation, the President’s Senior Special Assistant on Media and Publicity, Malam Garba Shehu said.

The presidential aide disclosed this in Abuja on Monday.

“In the course of the technical stop-over for aircraft maintenance in London on his way back from Washington last week, the President had a meeting with his doctor.

“The doctor requested the President to return for a meeting which he agreed to do.”

Shehu stated that the President, who will return on May 12, would undertake a two-day visit to Jigawa, which was postponed because of the All Progressives Congress’s Ward Congresses.

He said the visit would  last between May 14 and Tuesday May 15.

President Buhari first went on medical vacation on 19 January 2017. He returned later than he planned, declaring  that he had never felt so ill in his life.

The President returned for treatment on May 7, 2017 and came back home 103 days after. 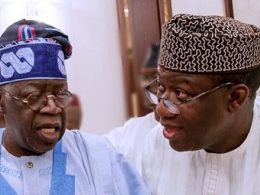 Asiwaju Bola Ahmed Tinubu, the All Progressives Congress (APC) presidential candidate, has congratulated Governor Kayode Fayemi on his election as the President of the Forum of Regions of Africa (FORAF).
byLateef Idris
No comments

Denmark, Iceland and Norway have suspended use of the AstraZeneca COVID-19 vaccine as a precaution amid reports of blood clotting in some people who have received it.
byTayo Aderinola
No comments 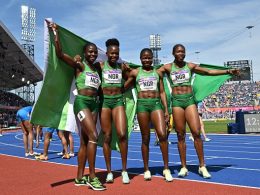 A member of the Nigerian women’s 4x100m team competing at the Birmingham 2022 Commonwealth Games has tested positive for drugs, putting the Athletics Federation of Nigeria (AFN) in the midst of a new doping crisis.
byTayo Aderinola
1 share
1
0
0
No comments 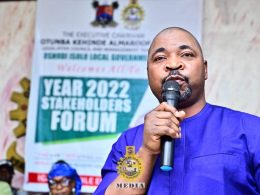