The Joint Admissions and Matriculation Board has remitted 3.51billion Naira to the national treasury as part of its 2021 operating surplus.

The Joint Admissions and Matriculation Board has remitted 3.51billion Naira to the national treasury as part of its 2021 operating surplus.

This was disclosed in a statement signed by the spokesperson of the Board Fabian Benjamin.

According to the statement, the 2021 remittance was in line with Prof. Is-haq Oloyede’s avowed commitment to prudent management of public resources.

This has been the norm rather than the exception in the last six years beginning from 2016 when he remitted the whopping sum of N7b and repeated same in subsequent years.

The statement explained that one of the direct benefits of the sustained remittances by Prof. Oloyede-led management manifested in the reduction of the cost of the application documents by candidates from N5000 to N3500 in 2018 by President Muhammadu Buhari.

It noted that this singular act has ensured the annual transfer of over N3b to the pockets of parents and guardians of candidates as a consequence of the slash in the price of UTME forms.

It says the Board as led by Prof Is- haq Oloyede would continue to prune down the cost of governance and release resources for other needy national prioritized areas. 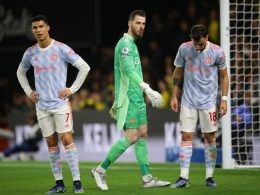 Watford Hammer Man Utd To Leave Solskjaer On The Brink

Ole Gunnar Solskjaer’s job was hanging by a thread after 10-man Manchester United slumped to a 4-1 defeat against Watford on Saturday.
byLateef Idris
No comments 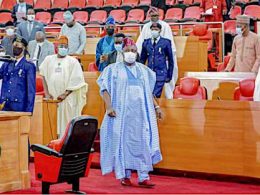 A bill for a law to provide for the rights to entitlements by victims as well as the protection of witnesses in Lagos has scaled second reading at the state House of Assembly.
byTayo Aderinola
No comments 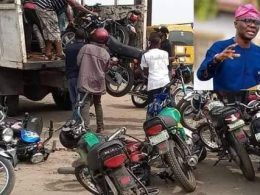 Some leaders of the Hausa community in Lagos State have appealed to Governor Babajide Sanwo-Olu to reverse the ban on commercial motorbike otherwise known as Okada, operations in six local government areas of the state.
byTayo Aderinola
1 share
1
0
0
No comments 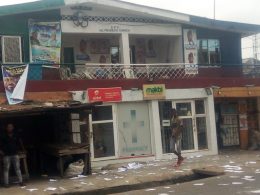 Suspected hoodlums on Saturday disrupted the All Progressives Congress (APC) Chairmanship and Councillors primary elections in all the seven wards of Agege Local Government Area of Lagos State.
byTayo Aderinola
No comments