The Independent National Electoral Commission (INEC) has dumped documents on the recall of Senator Dino Melaye (APC, Kogi) at the entrance of his office in the National Assembly, Abuja.

The documents which were in four ‘Ghana Must Go’ bags and one other were dumped around 11:00am today.

Melaye’s office number 2.13 on second floor of the new Senate wing was under lock and key.

The commission has been lamenting that Melaye has been evading service, a development the Senator has dismissed.

Our correspondent reports that the senators are in closed session as at the time the documents were dumped.

INEC officials were seen in strategic locations in the Senate wing.

Fact checkers went to work Friday night to puncture some of the statistics quoted by Peter Obi, the…
byTayo Aderinola
No comments 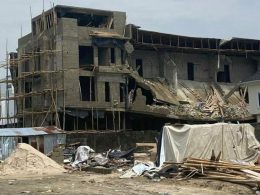 Barely 24 hours after the collapse of a 21-storey, another building collapses in Lekki

Barely 24 hours after the collapse of a 21-storey building on Gerrard Road, Ikoyi, another two-storey building has caved in, on Monday, November 1, in Osapa London, at the Lekki area of the state.
byTayo Aderinola
No comments 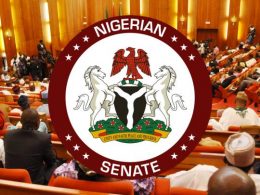 The Senate on Wednesday, suspended plenary to enable the lawmakers to participate in campaigns for the general elections.
byTayo Aderinola
No comments