On Sunday 3rd December the entire stretch of the Oba Akran Avenue, Ikeja, right from the Ikeja under-bridge went agog as the Lagos State government hosted the second edition of the Lagos Street Carnival.

The annual event which was introduced last year December to showcase the state’s potential for tourism, arts and entertainment on a global level, witnessed a massive influx of people as fun-loving Lagosians defied all odds to grace the wonderful event.

The carnival witnessed the heavy presence of security personnel in and around the venue as they enjoyed beautiful comical performances by Woli Arole, Toyin Abraham, Denrele and a host of others.

Security personnel present at the venue include: the Lagos Neighborhood Safety Corps, men of the Nigerian Army, the Nigeria Police, the Nigeria Security and Civil Defence Corps, all were seen patrolling Oba Akran Avenue and its adjoining streets to maintain peace.

The 12 hours Carnival, featured music, an array of a colourful parade done by representatives of the 57 Local Government Councils and Council Development Areas put together by the state government in collaboration with HEAT Entertainment outfit.

Various Nollywood and music stars were also spotted having fun at the event, some of which include Pasuma Wonder, Yomi Fash-Lanso, Toyin Abraham and a host of others.

The 2017 Lagos Street Carnival is expected to set the tone for the Christmas and New Year Celebrations for Lagosians. 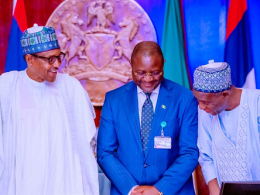 President Muhammadu Buhari, yesterday, vowed that his administration would resist any attempt to undermine football development in the country.
byLateef Idris
No comments 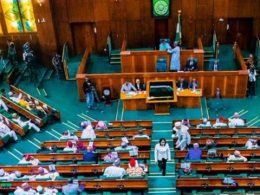 The House of Representatives will on resumption from the two-month annual vacation commence an investigation into the activities of the Nigerian National Petroleum Corporation (NNPC) from 1990 to date.
byLateef Idris
No comments 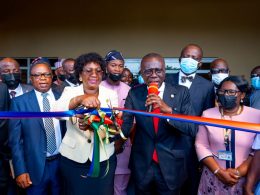 We’ll walk for peace with you, LASU Students tell Sanwo-Olu

Lagos State University (LASU) students on Thursday expressed their readiness to participate in the proposed Peace Walk, being organised by the State Government to herald the healing of Lagos in the aftermath of last year's EndSARS protests in the State.
byLateef Idris
No comments