Segun Ayobolu, former Chief Press Secretary to ex-governor of Lagos State, Asiwaju Bola Tinubu, has opened up on the first 100 days of his former boss in office, saying it was one of his worst nightmares.

Ayobolu made the revelation while presenting a paper, titled: “The Dynamics of Public Affairs Management,” at the book launch of former Permanent Secretary, Lagos Ministry of Information and Strategy, Fola Adeyemi in Ikeja, Lagos.

According to him,, “As Chief Press Secretary to Asiwaju Bola Ahmed Tinubu, the anniversary of his 100 days in office in 1999 was one of my worst nightmares.

“The reviews in the media were exceedingly negative and abominable. Critics after critic focused on the refuse heaps on the roads, the pot holes and, veritable craters on most roads, the scarcity of water, the terrible insecurity with armed robbery attacks on banks and snatching of vehicles occurring almost on a daily basis.

“For a government, which had about three months to get ready, the first three months in office seems to have caught it by surprise. No practical solution had been applied on any problem so far.

“Refuse heaps, which like armed robbers can neither talk nor think challenged the wits of the governor.

“Consider all the other areas like housing, education, health and rural development etc. They were still at blueprint level…Tinubu had enough time to prepare. He was even praised for taking the initiative of setting up a team to draw up an action plan.

“His inauguration speech was excellent, showing clarity of thought and evidence of insight. What went wrong? Could it be fish in water syndrome which out of water just bobs and bobs?. The future, the very near future will tell”, he told the gathering which had in attendance three former commissioners for information and strategy in the state among other media practitioners and scholars.”

Ayobolu said most of the critics could not be bothered that these problems were the inheritance from years of military neglect and misrule and could thus not be resolved instantaneously or magically.

He said with the benefit of hindsight, it was his view that the Tinubu’s administration should simply have ignored whatever were the perceived lapses or failings of the Marwa administration and simply had gone ahead to correct whatever problems it inherited while focusing on its own agenda.

“It was most intolerable for the departing military administration to have claimed that it left N2 billion surplus funds in the kitty and that Lagos was on a sound financial footing. But the reality was that this administration fed to the public, ignored the size of the state’s debt as well as the fact that it was then achieving an Internally Generated Revenue target of only N600 million monthly while the monthly wage bill alone was in excess of N1.2 billion.

“Yet, there were also grave challenges to contend with in the areas of refuse menace, incessant flooding, high crime rate, bad roads, dilapidated and collapsing public school buildings lacking basic furniture, libraries and laboratory equipment as well as scarcity of potable water, among others,” he stated.

However, Ayobolu said it was a thing of joy for members of Tinubu’s information management team that the former governor left office after two terms in 2007, receiving high accolades for the remarkable strides of his administration in diverse spheres, including the radical modernization of infrastructure, notable improvement in the delivery of qualitative social services, particularly in education and health, impactful environmental upgrade and renewal, among others. 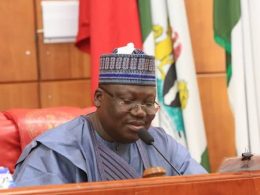 As Nigerians celebrate this year’s Democracy Day, the Senate President, Ahmad Lawan, has reminded them that June 12 was more than just a date.
byLateef Idris
No comments 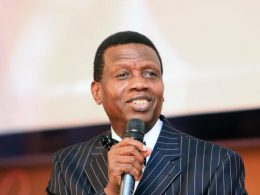