How states withdrew N593bn from federation account in 3 months

The 36 states of the federation have so far withdrawn about 593.1 billion from the Federation Account as revenue generated in the first quarter of 2018.

The breakdown is contained in the monthly Federation Account Allocation Committee (FAAC) report obtained by the News Agency of Nigeria (NAN) on Sunday in Abuja.

The key agencies that remit funds into the federation account are the Nigerian National Petroleum Corporation (NNPC), the Federal Inland Revenue Service and the Nigerian Custom Service.

The allocation was made using the revenue sharing formular, Federal Government, 52.68 per cent; states, 26.72 per cent and local governments 20.60 per cent.

The report showed that before distribution, state liabilities were deducted.

The liabilities paid by the states in the first quarter, included external debt, contractual obligations and other deductions.

To sum it up, here is what each of the 36 states got in the first quarter of 2018, after all deductions were made.

NAN reports that the FAAC comprises commissioners of finance and Accountants-General from the 36 states of the federation.

The Minister of Finance, is the chairman of the committee, while the Accountant General of the Federation, seconds, with representatives from the NNPC.

Other members are representatives from the Federal Inland Revenue Service; the Nigerian Custom Service; Revenue Mobilisation, Allocation and Fiscal Commission as well as the Central Bank of Nigeria.

The federation account is currently being managed on a legal framework that allows funds to be shared to the three tiers of government under three major components.

These components are the statutory allocation, Value Added Tax distribution; and allocation made under the derivation principle. 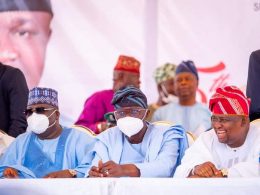 Senate President To Sanwo-Olu: “You have done well; one good turn deserves another”

President of the Senate, Senator Ahmed Lawan on Sunday praised Lagos State Governor Babajide Sanwo-Olu for what he called "the good work" he is doing towards delivering dividends of good governance to the people of Lagos State and to validate the State's position as the economic and commercial nerve centre of the country.
byLateef Idris
No comments 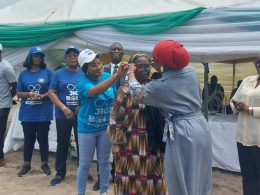 The much awaited Free Medical Outreach was flagged-off yesterday in a colorful way. This is the 4th edition of BOSKOH/LAGOS FREE HEALTH MEDICAL MISSION, popularly termed JIGI BOLA RELAUNCH. The event witnessed a large turn out of people who were eager to take advantage of the free medical check up. Several services were carried out for free ranging:
byLateef Idris
No comments 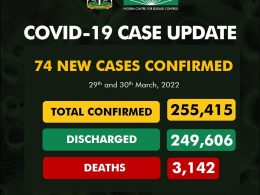 On the 29th – 30th of March 2022, 74 new confirmed cases was recorded in Nigeria
byLateef Idris
No comments