Three firemen of the Lagos State Fire and Rescue Service were reportedly injured and a fire engine of the Agency damaged by hoodlums, who attacked the officials in the course of duty on Sunday.

Making this disclosure, Acting Head of the Agency, Mrs. Margaret Adeseye expressed displeasure over the incessant attacks on firefighters in recent times for yet to be identified reasons.

She recalled that the attack on the firefighters and the engine occurred after officials the agency were prevented from attending to a fire incident at Nmani Street, Dopemu Agege, in Orile Agege LCDA, Lagos.

Adeseye informed that three firemen from a crew of four were injured and the Agency’s vehicle, Agege Fire Eagle C07, damaged by the hoodlums after preventing the personnel from performing their official duties.

The Fire Service boss explained that it took the intervention of a team of policemen from Alabo Police Division, led by Supol Bako Muhammed, before normalcy was restored at the fire scene.

She stated that the injured officers were treated at Agege General Hospital, while investigations about the incident are on-going to effect the arrest of culprits and ascertain the cause of the attack.

Apatira felicitates with Tayo Ayinde at 56

The Executive Chairman Itire-Ikate LCDA, Hon Ahmed Olanrewaju Apatira has felicitated with the Chief of Staff to the…
byTayo Aderinola 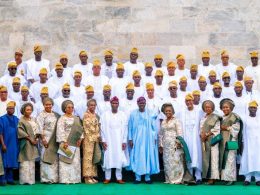