Falconets zoom into quarter-finals of U-20 Women World Cup

The Nigeria Women’s U-20 team, the Falconets, have qualified for the quarter-final stage of the ongoing FIFA U-20 Women’s World Cup taking place in France.

A last-ditch effort from Rasheedat Ajibade saved Nigeria from exiting the cadet Women Cup as the Falconets forced China to a 1-1 draw.

Just before the break, L.Y. Zhang had put China ahead and they held on to their slim till the later stages

The Asians were stronger in defence in the second half as the Nigerian girls continued to push for an equalizer.

With Five minutes added at the end of regulation time, the Falconets gave the last push and their effort was rewarded as Ajibade scored to bring the tie to a 1-1 draw and qualify the team for the quarter-final.

The Coach Christopher Musa-tutored side has now scored two goals and conceded two in the tournament. 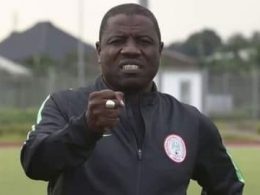 The Nigeria Football Federation (NFF) has “reinstated” the disgraced Salisu Yusuf as assistant Coach of the Men’s senior national team and also as Head Coach of the Home Eagles where he was accused of collecting kick backs.
byLateef Idris
No comments 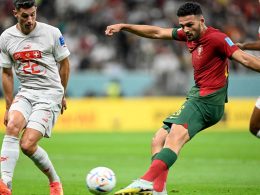 Portugal’s Goncalo Ramos scored a hat-trick on his first World Cup start to help his side beat Switzerland 6-1 on Tuesday and send them through to the quarter-finals for the first time in 16 years, setting up a clash with Morocco.
byTayo Aderinola
1 share
1
0
0
No comments 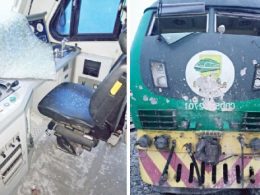 After daredevil terrorist attacked a passenger train traveling from Abuja, Nigeria’s capital to Kaduna State in the Northwest part of the country on Monday evening, the Nigerian Railways Corporation has suspended service on the Abuja-Kaduna route.
byTayo Aderinola
No comments