In order to address the decline in distributable revenue from the Federation Account to governments at all levels, a 30-team from the Nigeria Governors Forum (NGF) and the Federal Ministry of Finance has visited the Lagos State Ministry of Finance to understudy the State’s Internally Generated Revenue template and exchange ideas on how to ameliorate the present economic meltdown in the country.

In order to address the decline in distributable revenue from the Federation Account to governments at all levels, a 30-team from the Nigeria Governors Forum (NGF) and the Federal Ministry of Finance has visited the Lagos State Ministry of Finance to understudy the State’s Internally Generated Revenue template and exchange ideas on how to ameliorate the present economic meltdown in the country.

Welcoming the NGF team to the State, the Commissioner for Finance, Dr. Rabiu Olowo, explained that the State Government had introduced a lot of innovation to drive its cashless revenue collection policy, adding that the State’s financial system has been fully automated, giving no room for cash transactions in any government financial deal.

Olowo, who was represented by the Permanent Secretary in the Ministry, Mrs. Yemi Ayoola, stated that Lagos had standardised its revenue collection system, through the introduction of different modes such as Point of Purchase System (POS), Single Treasury Account (TSA), different bank-payment opportunities and application of standard sharing formula between the State and local governments, to eliminate multiple taxation in respect of revenue from Land Use Charge.

While stressing that the State needs huge revenue to meet the infrastructure requirements of its teeming population, Olowo told the visiting team that the Governor Babajide Sanwo-Olu led administration has not only put in place a very strong financial management system that is technology-driven but has also engaged financial risk managers. He maintained that the administrative ingenuity and perfect accounting system made it possible for the State Government to pay its workforce every month without fail.

“Technology has helped us a lot, every transaction is done through an electronic tax system. We have blocked possible leakages with the introduction of revenue codes while all revenue is traceable due to a single treasury account. We have committed professional accountants handling all the Ministry’s activities both in revenue data collation and full implementation of the budgetary system”, the Commissioner said.

On the legal backing to the State revenue generation system, Mrs. Olayemi Oni, the Head of Legal Department, told the visiting team that the LUC is a child of the law and its operations are wholly and entirely guided by its dictates.

“We are constantly working to bridge the lacuna and every three years, we review the law. We also have an Appeal Tribunal to resolve all complaints made by Lagosians”, she said.

Responding, the leader of the 30-man NGF delegation, Mr. Olanrewaju Ajogbasile, noted that the visit funded by the World Bank and the Federal Ministry of Finance is aimed at exchanging ideas as well as learning how the Lagos State Government drives its economy and the strategies adopted to grow its Internal Generated Revenue (IGR), despite the global economic meltdown occasioned by the COVID-19 pandemic and the destructive #EndSARS protest.

“We are here in Lagos to learn from the innovative strategies of the Lagos State Government. We have come to learn, adopt and follow Lagos State template in revenue generation because it is the best template in the country today”, he stated.

While commending the State Government for adopting technology in its revenue drive, Ajogbasile stated that Lagos IGR technique should be a standard template for achieving sustainable economic growth for the country, saying “The decision to visit Lagos was informed by the giant strides Lagos State is making in growing its Internally Generated Revenue despite the corrosive impact of the COVID-19 pandemic on the economy”.

He said it was highly inspiring to note that Lagos still grossed a total of N418.99 billion, which accounted for 32.1 per cent of the total N1.33 trillion IGR recorded by the 36 states in Y2020, despite various challenges faced by the State last year. 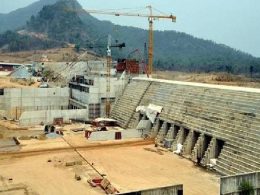 The Federal Government has asked the Nigerian Sovereign Investment Authority to raise $200 million to satisfy a decision in favor of the Chinese corporation Sunrise Power and Transmission Company Limited by the International Court of Arbitration in Paris.
byTayo Aderinola
No comments 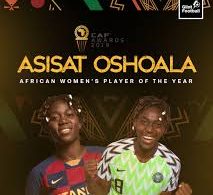 Asisat Oshoala, a Super Falcons and Barcelona striker, has been named the greatest Nigerian female player of all time, according to Completesports.com.
byTayo Aderinola
No comments

Following the rising cases of coronavirus infection in Lagos State, the state government has announced an extension of the work-at-home order for public servants.
byLateef Idris
No comments