“We’ve decided to reduce our workforce by approximately 12,000 roles,” Alphabet CEO Sundar Pichai said in an email to employees, adding that the cuts were in response to a changing “economic reality”.

The move comes a day after Microsoft said it would reduce staff numbers by 10,000 in the coming months, following similar layoffs by Facebook owner Meta, Amazon and Twitter as the previously unassailable tech sector face a major economic downturn.

“We’ve undertaken a rigorous review across product areas and functions to ensure that our people and roles are aligned with our highest priorities as a company,” Pichai wrote.

“The roles we’re eliminating reflect the outcome of that review.

“The fact that these changes will impact the lives of Googlers weighs heavily on me, and I take full responsibility for the decisions that led us here.” 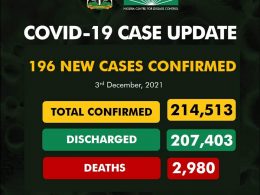 On the 3rd of December 2021, 196 new confirmed cases and 2 deaths were recorded in Nigeria
byLateef Idris
No comments

…Use Your Position To Better Lagos- Sanwo-Olu Advises Speaker The Oba of Lagos, Oba Rilwan Akiolu, wants all…
byTayo Aderinola
No comments 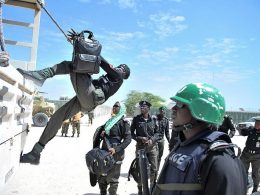 The Nigeria Police Force wishes to inform citizens that the online registration in the ongoing 2021 recruitment exercise for interested and eligible Nigerians into the service of the Nigeria Police Force as Police Constables, has been extended to Saturday, January 22, 2022. With this extension, the NPF recruitment portal will remain open till midnight of the new date.
byTayo Aderinola
No comments 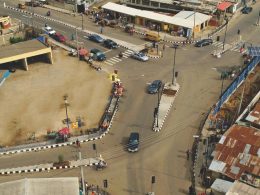 As noted by Peter Drucker in his book, Innovation and Entrepreneurship (Harper Business 1985), the greatest business breakthroughs take place as the result of “either the unexpected success or the unexpected failure.”
byLateef Idris
No comments