The All Progressives Congress, APC, Lagos chapter, has raised the alarm that the accounts of Governor Babajide Sanwo-Olu have been cloned by hired cybercriminals by opposition parties in the state.

The All Progressives Congress, APC, Lagos chapter, has raised the alarm that the accounts of Governor Babajide Sanwo-Olu have been cloned by hired cybercriminals by opposition parties in the state.

This was contained in a statement issued and signed by the party’s spokesperson, Hon Seye Oladejo.

In the statement, Oladejo said:” Security agents are on the trail of cybercriminals and their political collaborators who have cloned the accounts of Lagos State Governor Babajide Sanwo-Olu, the governorship candidate of the All Progressive Congress (APC).

“The criminals generate spurious correspondences to defame Sanwo-Olu by misinforming the public about an alleged plan to compromise the electoral process.

“This is to whip up public resentment against Sanwo-Olu whose superlative performance and the massive show of support by the electorate are driving the opposition into morbid desperation.
In clear recognition of the popularity of the ruling progressive party which has been at the helm of affairs since 1999, the opposition has concluded that its waterloo in the governorship election is as sure as day.

“Unable to accept its imminent defeat and driven by the delusion of incurable optimism, the opposition has chosen to abuse the advancement in digital technology by turning to the criminalization of the digital space, hacking and cloning individuals’ accounts to misrepresent them and damage their reputation.

“We have evidence that this evil act is the latest ploy of the opposition to disrupt the harmony that Lagosians have witnessed since the electioneering period began.

“They will not succeed. We have drawn the attention of security agencies to this ugly trend, which Lagosians should note and shun in its entirety” the Lagos APC spokesperson averred. 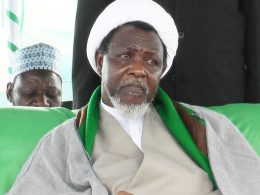 Zaria raid: How wife and I survived soldiers’ attack – El-Zakzaky

Leader of the Islamic Movement in Nigeria, Sheikh Ibraheem El-Zakzaky, has relived how he and his wife survived when their Zaria home was raided by the military in 2015.
byLateef Idris
No comments

The Lagos government, through the state Sports Commission and O’jeez Entertainment have distributed palliatives to Sports Writers Association…
byTayo Aderinola
No comments

LASTMA to clamp down on Ladipo market traffic obstructers

Coronavirus: If good social distancing not adhered to Lagos may record 39,000 COVID-19 cases