The Attorney-General of the Federation (AGF) and Minister of Justice (SAN) says the Federal Government is determined to deconges prisons across  the country within the next two years.

Malami said this  on Tuesday in Abuja when briefing newsmen.

He said the measure was part of the efforts to revitalise the Ministry of Justice in enhancing efficiency and improved services in line with government’s justice sector reforms.

The minister said the government was considering plans to create a central coordinating unit in the ministry for effective coordination of all federal criminal cases within the country.

“In accordance with the approval and mandate of the Federal Executive Council (FEC) at  its 19th meeting, the Ministry of Justice in collaboration with other stakeholders will undertake prison reforms and decongestion.’’

He said the strategies would involve the installation and implementation of a state of the art modern Virtual Automated Case Management System (V-ACMS) to assist the ministry with necessary information on prison inmates.

“We are looking at a two-year time frame but then among the multiple modalities that are put in place, as rightly stated is the automated electronic system.

“The way we intend the electronic system to be deployed is that we will have online connections to be manned by  the trained staff in every prison location.

“This is to ensure monitoring of activities in the prison system on a daily basis.

“For example, on a daily basis, the Chief Judge of the Federal High Court will be able to monitor who is due to be taken to court, which court and at what time.’’

According to him, from the system, the AGF will be able to monitor who is brought into the prison, when the person is brought and the offence he is charged with.

“So this will assist us in policy formulation and data gathering for the purpose of ensuring that people are taking to court as and when due and necessary investigation is conducted.”

According to him, the establishment of the central coordinating unit is expected to tackle the issue of lack of effective cooperation and collaboration among the stakeholders involved in criminal justice.

The minister said that the unit would enable the office of the AGF to have first hand information on the status of all criminal investigations and trials in the country.

“It will also enable the office of the AGF to checkmate abuse and proliferation of criminal cases in the country.

“It will also enable easy access to information for a robust and effective criminal justice system in Nigeria.”

He decried the lack of legal expertise in the conduct and process of investigations by the various security agencies.

The minister said that this often resulted in the consistent rejection of vital evidence in the course of prosecution.

To address this, the minister said that an investigation unit would be created within the ministry to coordinate all prosecution cases of the government.

“The core mandate of the investigation unit shall consist of the following: “To before hand, advice every security agency carrying out investigation on the best lawful and admissible means of such investigation for effective prosecution thereafter.

“And to actively form part of every sensitive and important investigation, as a synergy to successful investigation and prosecution of such cases.

The AGF said the judgment debt profile of the ministry as at 2016 was N113 billion and this informed the setting up of a committee to evolve modalities to reduce the debt.

He said that the committee was expected to find ways of reaching a compromise with the judgment creditors on modalities and payment of such debts.

He, however, noted that the ministry, through the Department of Civil Litigation, saved the sum of N119 billion for the Federal Government.

The amount according to him was monies claimed as damages for loss incurred or suffered by various parties who initiated suits against the Federal Government.

The minister said four judges had been assigned to expeditiously handle and dispense of, cases of persons detained for long period on allegation of belonging to the Boko Haram sect. (NAN) 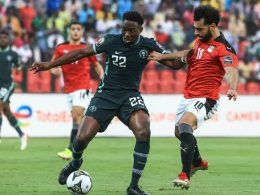 Kenneth Omeruo has resumed training ahead of Nigeria’s Group D clash against Sudan on Saturday at the 2021 Africa Cup of Nations.
byTayo Aderinola
No comments 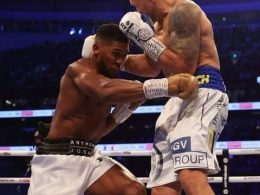 The Federal Government says operatives have recaptured some of the inmates who escaped from the Medium Security Custodial Centre in Abolongo, Oyo State.
byTayo Aderinola
No comments 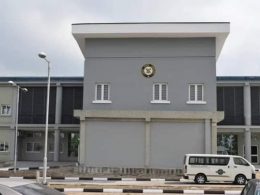